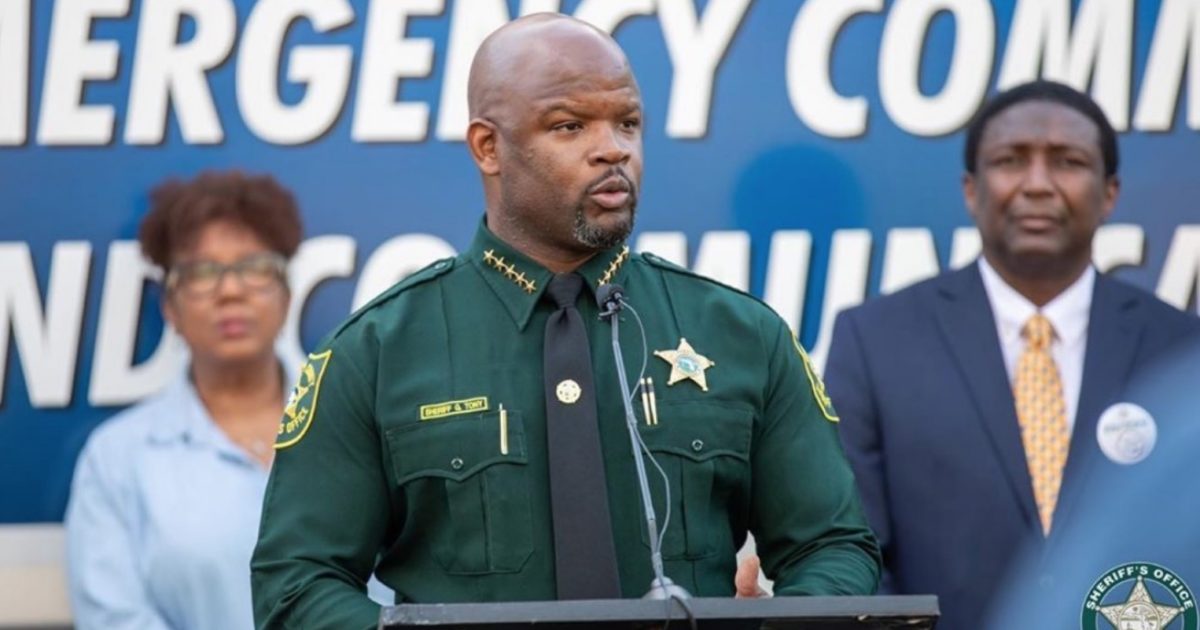 For whatever reason, every election year Broward County always manages to steal the show when it comes to shady campaign practices. The 2020 election cycle is no different, and we are not referring to the embarrassment that is the Broward Republican Executive Committee, yet but there is still plenty of time for that group of misfits to step in it.

As expected, Broward County’s sheriff’s race has gotten downright ugly, considering that former and disgraced Sheriff Scott Israel is running to win back his old job after getting fired by Gov. Ron DeSantis.

The Florida Senate then voted to permanently and officially remove Sheriff from office. The bipartisan vote roiled Israel, who then looked for a judicial remedy, but that route was also blocked by a judge.

Like we said, Israel is running for his old job again, and it appears that the former sheriff has taken the gloves off in his efforts to diminish DeSantis’ appointee Sheriff Gregory Tony.

Israel, who is currently locked in a contentious Democratic primary race with Sheriff Tony, maybe running a smear campaign against him.

Just this past weekend, news broke that Sheriff Tony shot and killed a man in self-defense when he was 14-years-old. In response to the news story of the 1993 shooting incident, Tony reiterated that the person he shot, a known armed drug-dealer, threatened then chased him and his brother home.

Tony shot and killed the man there, and was then given a petition of delinquency was issued by Pennsylvania authorities because he was a juvenile. Tony was never arrested and charged as some media outlets have reported.

Tony’s self-defense or stand your ground case defense was solid, and the judge and jury agreed, acquitting him of any wrongdoing.

According to sources, a private investigator has been poking around in Philadelphia, speaking to people with direct and indirect knowledge of the shooting incident.

Could it be the same Blue Line Investigations private investigator Michael Fisten that Scott Israel hired from his political committee?

According to finance reports, Scott’s Committee for a Stronger Broward paid the investigative firm $1,195 for services rendered.

Now, only a day or two after the 27-year-old self-defense case broke, images of Tony and his wife at an apparent swinger’s party that were taken well before he was appointed by DeSantis, were leaked to the media.

Even after having a rough weekend, DeSantis still appears to be 100% behind Tony. Why wouldn’t he be?

The shooting incident was justified, and the images released are just pictures of Tony and his wife posing for pictures at an alleged swingers party.

The leaking of those risqué images of Tony and wife is nothing less than tasteless and appears to be a political move aimed specifically to shake support away from DeSantis on moral grounds.

Comparing Tony’s presumed past with Israel’s on-the-job fiasco of a record and poor leadership that is blamed for the killing of 17 innocent children and teachers at Marjorie Stoneman Douglas High School in 2018, Tony’s apparent missteps are overshadowed by the accusations made against Israel

Oh, and because Tony is well ahead of Israel in fundraising and campaign momentum due to his response to the COVID-19 pandemic, the motive for a smear campaign by Israel writes itself.