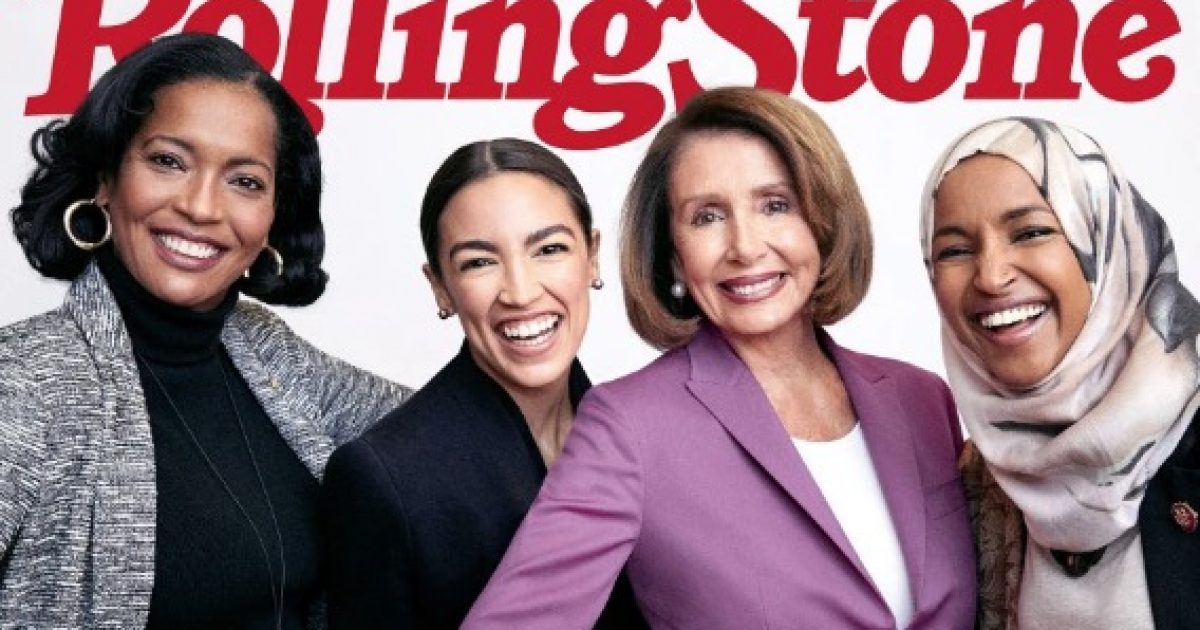 You couldn’t tell by the picture that graces the latest cover of Rolling Stone magazine, but the infighting between the less progressive and the new, very progressive wings of the Democratic Party, continues as freshman Rep. Alexandria Ocasio-Cortez has come out against Rep. Juan Vargas in support of fellow controversial freshman Rep. Ilhan Omar.

Rep. Omar has been excoriated by Republicans and fellow Democrats for her second anti-Semitic, anti-Israel remarks, remarks that have prompted a bipartisan call for her to step down from the Foreign Affairs Committed she sits on.

Ocasio-Cortez questioned Vargas condemnation of Omar’s remarks, suggesting that she “apologize for her offense comments.”

“I‘m curious if Rep. Vargas will further explain his stance here that it’s unacceptable to even *question* US foreign policy. Plenty of Dem members have asserted that discussion + debate on this issue is fair and merited. Is this stance a departure from that?,” asked Ocasio-Cortez

Rep. Vargas first stated, “It is disturbing that Rep. Omar continues to perpetuate hurtful anti-Semitic stereotypes that misrepresent our Jewish community. Additionally, questioning support for the U.S.-Israel relationship is unacceptable.”

The California congressmen then added that “Israel has and remains a stalwart ally of the United States because of our countries’ shared interests and values” before suggesting that Omar apologize.