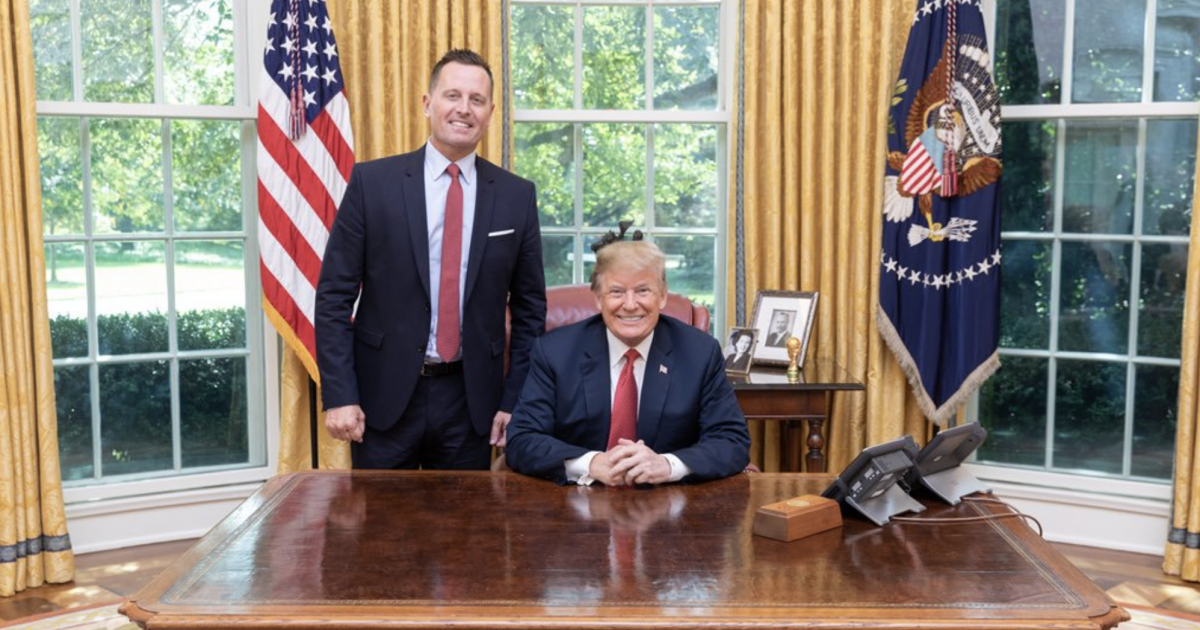 The Trump administration announced this week that it is launching a global campaign aimed to end the criminalization of homosexuality in nations where it’s illegal to be gay and even punishable by death.

The effort is being led by Richard Grenell, the U.S. Ambassador to Germany. Grenell, himself a gay man, has been a staunch critic of Iran, often denouncing its human rights record. And, he has argued for European nations to abandon the 2015 nuclear deal and re-impose sanctions.

This campaign largely grew out of the news of a young gay man in Iran being subjected to execution by hanging, and Grenell called the hanging “a wake-up call for anyone who supports basic human rights.”

Grenell further explained that “this is not the first time the Iranian regime has put a gay man to death with the usual outrageous claims of prostitution, kidnapping, or even pedophilia. And it sadly won’t be the last. Barbaric public executions are all too common in a country where consensual homosexual relationships are criminalized and punishable by flogging and death.”

Grenell concluded by saying that “politicians, the U.S., democratic governments, diplomats and good people everywhere should speak up – and loudly.”

The U.S. embassy is scheduled to fly in LGBTQ activists from across Europe for a strategy dinner aimed to plan the push for decriminalization in places around the globe.

The list includes Pakistan, the United Arab Emirates and Afghanistan.

In addition, Secretary of State Mike Pompeo has voiced his support of the U.S. embassies and consulates working to end the violence and discrimination against the LGBT community, saying “I deeply believe that LGBTQ persons have every right that every other person in the world would have.”

Grenell, someone that the President is considering for the job of ambassador to the U.N., added that “people can disagree philosophically about homosexuality, but no person should ever be subject to criminal penalties because they are gay.”