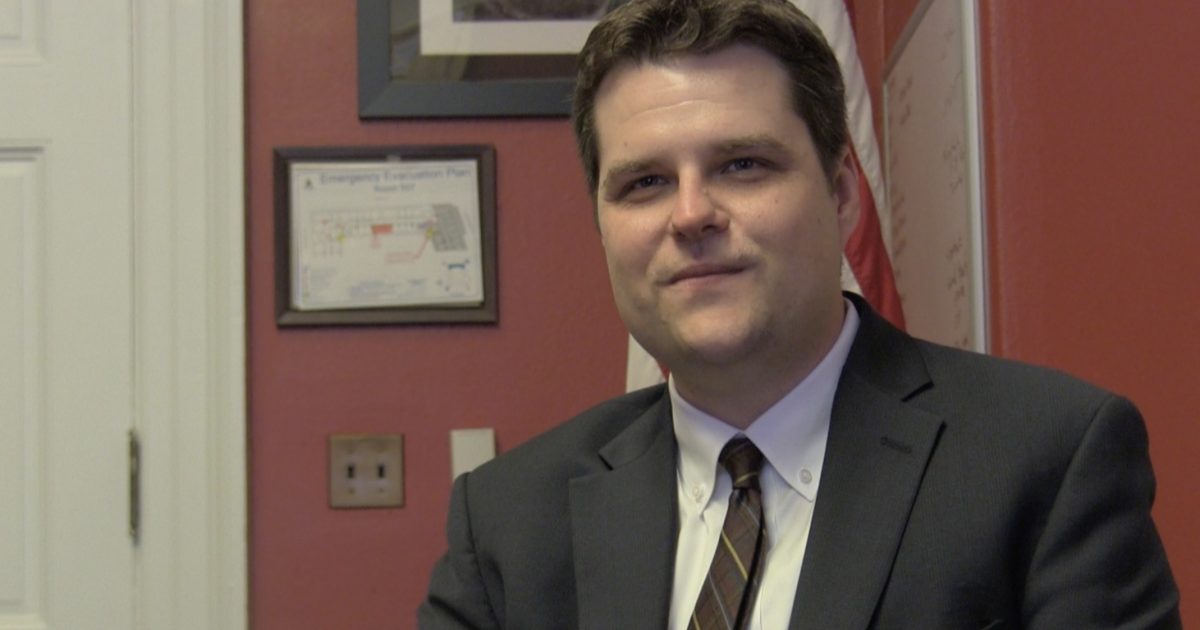 Republican Florida lawmakers Matt Gaetz and Francis Rooney are teaming up to push a resolution aimed at “expressing the sense of House of Representatives that sea level rise and flooding are of urgent concern impacting Florida that require proactive measures for community planning and the state’s tourism-based economy to adapt.”

The resolution was introduced by Congressman Rooney at the end of last week, and Rep. Gaetz was the only cosponsor. It was sent to the U.S. House Transportation and Infrastructure Committee, and it was then directed to its Subcommittee on Water Resources and Environment.

On Friday, Rooney explained that “Sea-level rise, storm surge and flooding currently threaten millions of homes across the state of Florida. I introduced this resolution to express my grave concern about the dangers associated with rising seas, and to stress the need to proactively prepare for future effects, such as increased risks of flooding from stronger hurricanes.” He further explained that “Without preventive actions taken now, we risk the future livelihoods of our beautiful Florida communities. That’s why I’m calling for greater funding and the incorporation of sea-level rise projections to better plan for such events.”

Rep. Gaetz, a member of the Climate Solutions Caucus, noted that he joined the Caucus “because environment issues are critical for our Southwest Florida community.”

As a supporter and friend of Governor DeSantis, the Governor also positioned himself as a Governor that will focus on the environmental concerns that the sunshine state is facing.

Gaetz, speaking on the resolution, further detailed that “Southwest Florida’s well-being depends on a healthy environment; one just needs to look at the algal blooms currently ravaging our community to understand the negative effects of environmental disasters. To safeguard our future, proactive planning is necessary to mitigate effects of rising sea levels and increased intensity of flooding. I look forward to working with a bipartisan group of my colleagues on solving the problems of sea-level rise.”