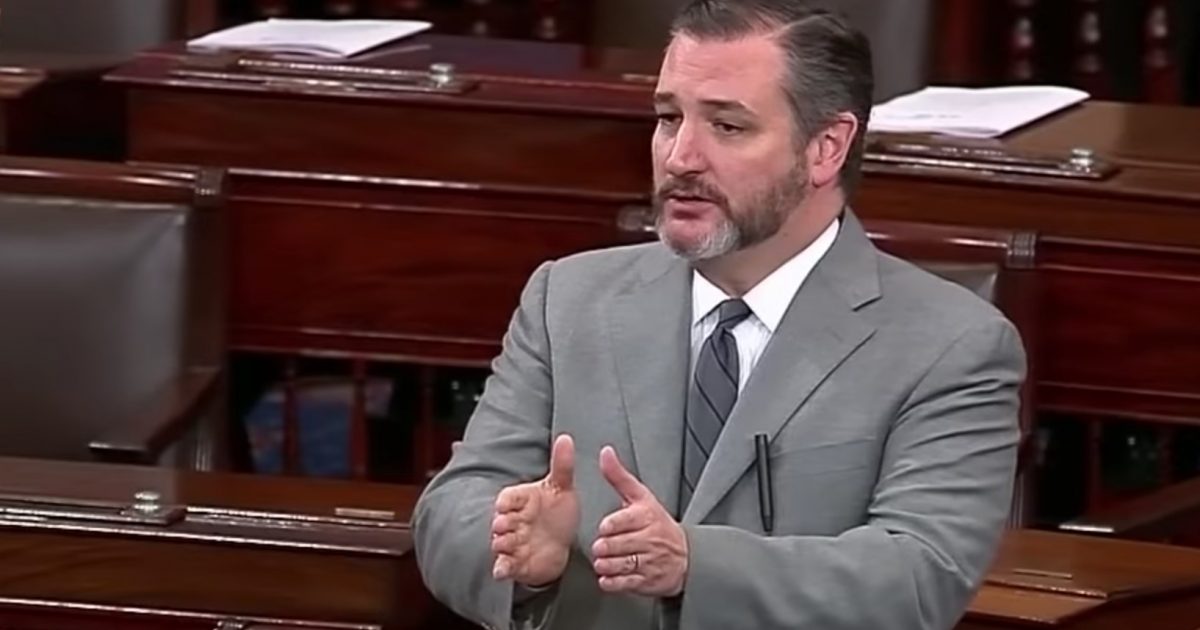 Shortly after President Trump delivered his State of the Union address, Texas Senator Ted Cruz (R) appeared on Fox News  where he outlined the need for a southern border wall, and pointed out that senate Democrats all voted “in favor of 350 miles of border wall” back in 2013.

Cruz, who was referring to the senate “Gang of 8” immigration reform bill of 2013, added that Sen. Schumer and his fellow Democrats “shutdown the federal government to stop 234 miles of border wall,” and then questioning how they could vote for 350 miles and then shutdown the government for only 234 miles of border fencing or using other structure.

“Back in 2013, Chuck Schumer and every single Democrat in the senate, voted in favor of 350 miles of border wall. Just a couple of weeks ago, Chuck Schumer and every Democrat in the senate, shutdown the federal government to stop 234 miles of border wall. Explain to me how you vote for 350 miles and you force a government shutdown over 234 miles.

Cruz did go on to warn that if Trump where to “unilaterally” by calling a national state of emergency, that his decision to do so would have to be “grounded in law” and bound by the Constitution” because if he doesn’t, any future Democratic President could “abuse their power.”