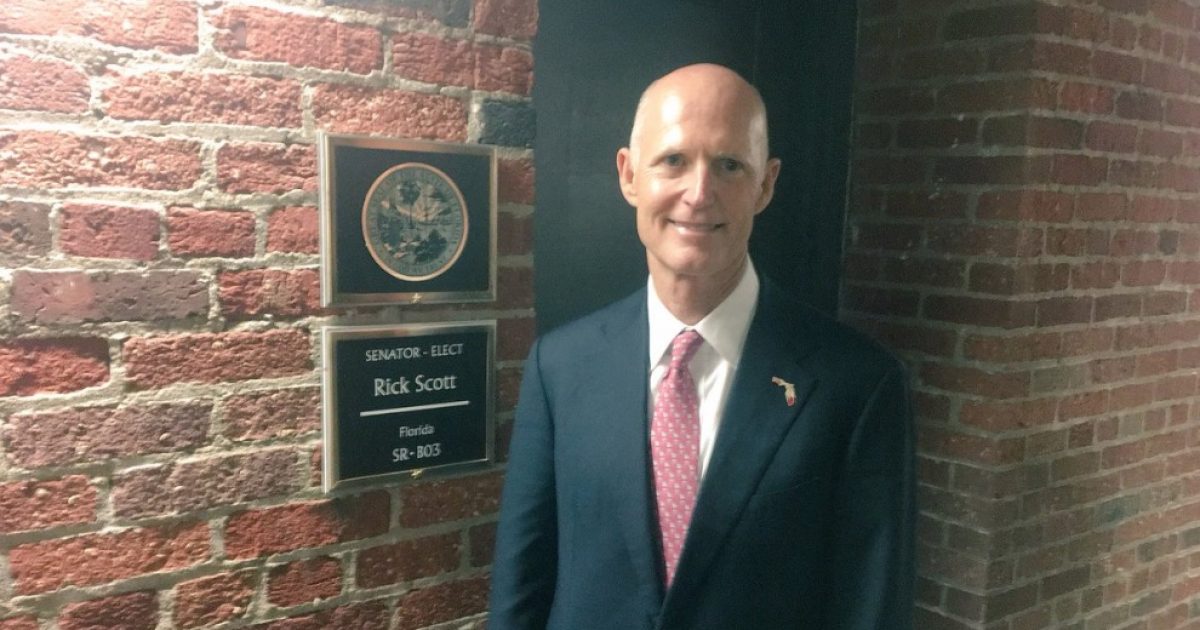 U.S. Senator-elect Rick Scott has gone from his cozy executive office on the ground floor of the Florida capitol in Tallahassee, to setting up shop in the basement of the Russell Senate Office Building in Washington, D.C.

This is just part of the freshman process in the senate, but don’t expect Scott to be sleeping on his couch like many members of congress do.

Like his past two statewide elections, Scott spent millions of his own dollars to win election. Rick Scott’s 10,000 vote senate win over Sen. Bill Nelson only put a small $51,000,000 dent into his personal fortune, but whose really counting pennies?

Here is Scott posing for a picture in front of his basement office. It’s only temporary until Nelson clears out his desk.

A lot of hard work from staff, volunteers and the people of Florida led to this moment. I will be forever grateful for your support and honored by the trust you’ve placed in me.

I won’t let you down. Let’s Get To Work! pic.twitter.com/THL3tIvJs9