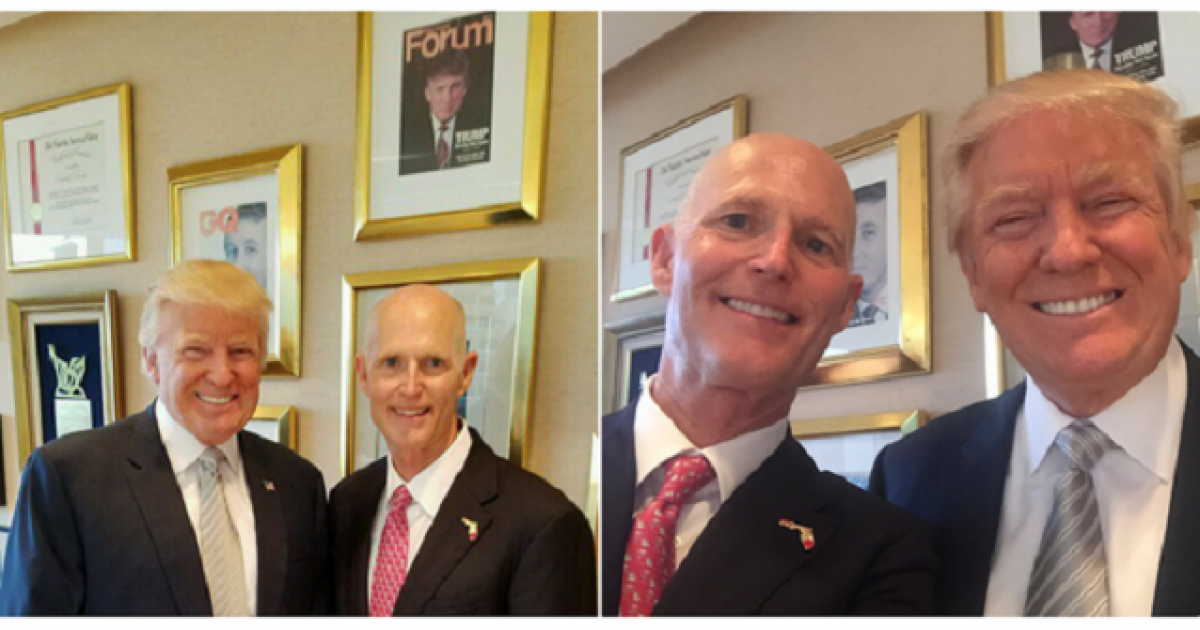 Trump: “When will Nelson concede?”

With the Broward Supervisor of Elections Brenda Snipes struggling to figure out how to recount 714,000 ballots, senatorial candidates Rick Scott and Bill Nelson are laying low until the final vote is tallied.

Yes, they are laying low as far as appearances, but Senator Nelson has all-but shut down all communications. Outside of this election law attorneys, Nelson’s Twitter account has been dormant since Nov 11.

That all has changed today. Nelson tweeted that he was back in DC to to vote on a bill that could keep the U.S. Coast Guard funded.

Nelson has said nothing about his re-election perhaps signaling that he expects to lose to Rick Scott.

Scott on the other hand is blazing along,  talking about what he plans to do when he lands in “The Swamp.”

When people ask me about adversity I think about my adoptive father who made 4 combat jumps in WW2, and my mom who was a single mom living in public housing. That's real adversity. In FL we've been helping families deal with real adversity, and that's what I'm going to do in DC. pic.twitter.com/qwL5qSCZjS

When I began as governor, people thought it was impossible to add 700k jobs to this state. In almost 8 years, we’ve successfully added over 1.6 MILLION jobs in FL. But I won’t quit there, I’ll be fighting in Washington to make sure every person has the opportunity to succeed. pic.twitter.com/NeljiKw8uh

Scott has already declared victory over Nelson, and now the president is asking the senior senator from Florida when he will concede to Scott.

When will Bill Nelson concede in Florida? The characters running Broward and Palm Beach voting will not be able to “find” enough votes, too much spotlight on them now!