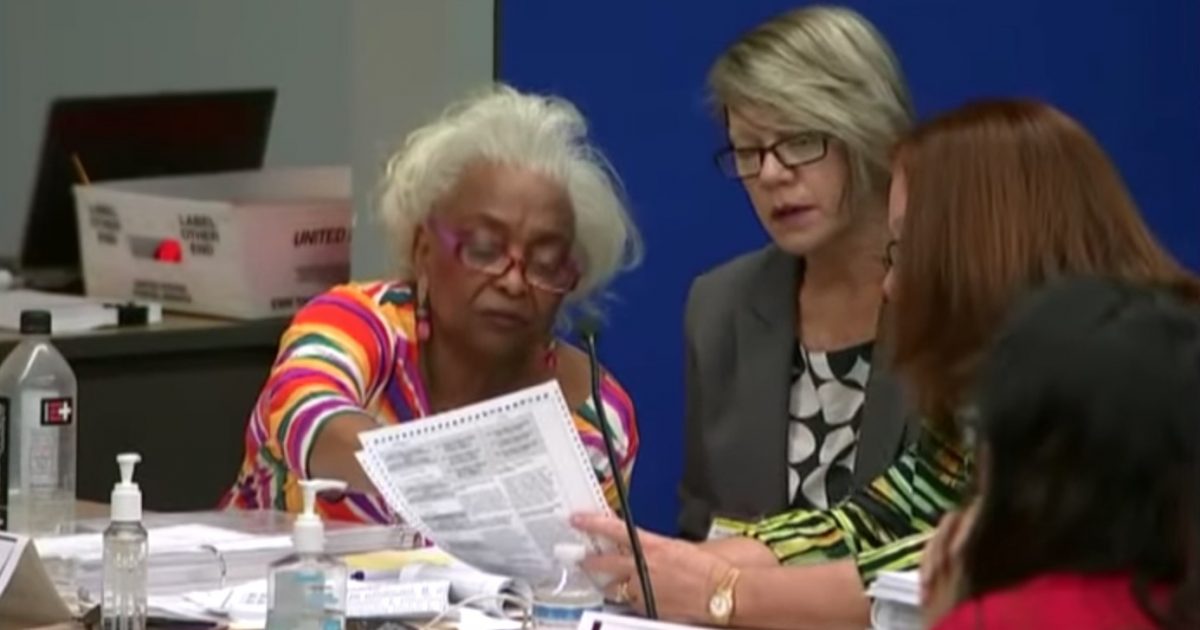 The political world is focused on the disastrous way Snipes has handled the 2018 mid-term elections in Florida, where tens of thousands of votes appear to have magically appeared in her Democratic-heavy county.

Now after several glitches in the ballot machine recalibration process, the actual recount of some 714,000 ballots finally begins. It only took a week, but who is keeping tabs.

Yes, Snipes is the biggest loser, but second to her is Lebanese Arab Nicolas Kimaz, a Republican congressional candidate who was recently clobbered by 23 points by Democratic Rep. Ted Deutch.

Explains Nicolas Kimaz his project on his project on the protection of Lebanon he says: “There is also in America ‘s law to protect Israel, a situation never changes regardless of the President of the United States, I will seek to develop a similar law in order to protect Lebanon and the protection of the Christian presence in it.”- Exclusive interview with Jabalna Magazine http://www.jabalnamagazine.com/sections-details.php?id=2416#.W1yAVNhKisim

Kimaz also stated that he was not a “career politician,” but foreign newspapers rained on his parade.

It was discovered that Kimaz ran for the Lebanese parliament in 2009. It was also uncovered that less than two years ago, Kimaz or Imaz served as a delegate to the United Nations for a Lebanese group.

With no message or original thought, Kimaz won his primary race by defaming his opponent (me).

Kimaz or Imaz (his birth name) was sued for defamation prior to the mid-term primary election, and is tied to the embattled Broward Republican Executive Committee (BREC), who recently endorsed Democratic candidates over Republicans.

Not-so-very Republican of them, right?

Kimaz or Imaz, according to federal court documents, has gone by several aliases, including Fariz T. Imaz.

What’s worse, or just shady, is the fact that Mr. Kimaz’s or Imaz’s true reason for running for office could very well have been to line his pockets.

On his Nicolaskimaz.us website, Kimaz or Imaz asks individuals to support his campaign by buying clearly marked campaign shirts and hats.

The problem here is that the campaign products he is selling appear to be sold on a for profit website, not an official website.

How about them political apples?
33SHARES
1k
SHARES
ShareTweet