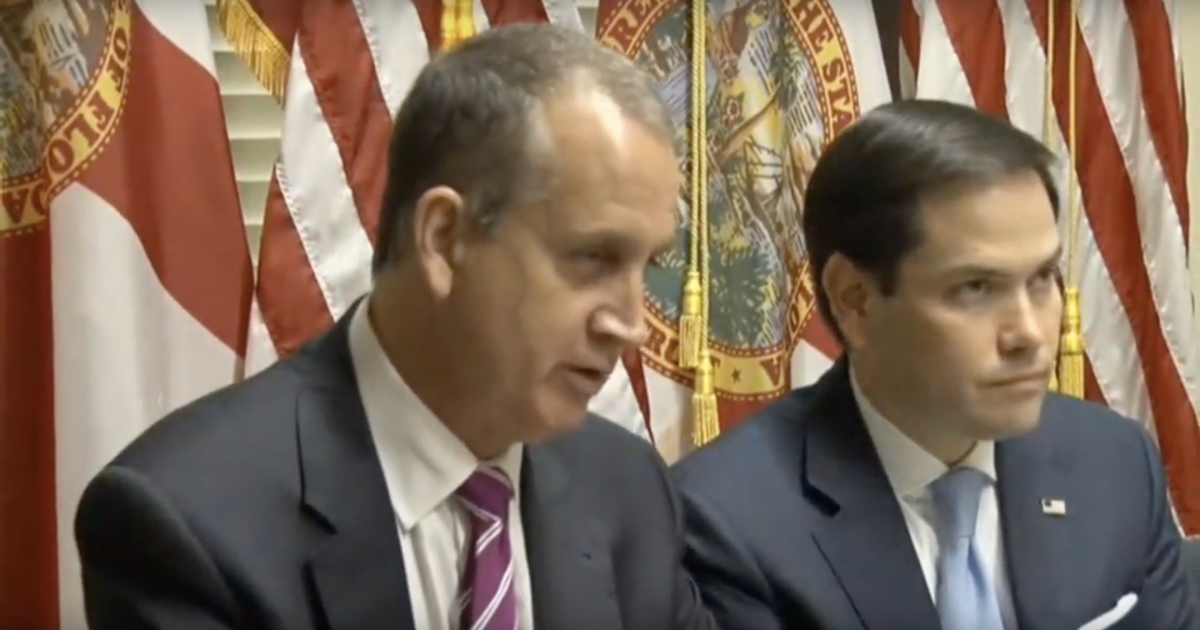 As Haley Exits, a Push for Continued Sanctions on Cuba Persists

Negative sentiments against Cuba’s dictatorship have been expressed by the White House and South Florida lawmakers.

And, as the White House looks for a new ambassador to the United Nations as a result of Nikki Haley’s departure, South Florida Republicans Marco Rubio and Mario Diaz-Balart penned a letter to President Trump and Nikki Haley calling for a continued push for sanctions on Cuba’s communist regime.

In the letter, the Republicans argue that “In advance of the United Nations General Assembly’s meeting to discuss U.S. sanctions against Cuba, we stand in strong support of the United States’ resolutions to condemn the Cuban regime for oppressing the Cuban people.  Your solidarity with the Cuban people is essential at a time when the regime in Cuba perpetrates human rights abuses against pro-democracy activists and fails to uphold fundamental rights and liberties, including representative government, an independent judiciary, and freedom from arbitrary detentions.”

They add that “For example, Human Rights Watch’s World Report on Cuba notes:  ‘The number of arbitrary, short-term detentions increased dramatically between 2010 and 2016, from a monthly average of 172 incidents to 827, according to the Cuban Commission for Human Rights and National Reconciliation [CCHRN], an independent human rights group that lacks official authorization and the government considers to be illegal.’  Moreover, the CCHRN reported 5,155 documented arrests in 2017. The U.S. State Department also reported in its annual Country Reports on Human Rights that, on August 19, 2018, more than 100 state security agents reportedly used force to break up a family-themed event organized by the political and human rights organization UNPACU.  According to UNPACU President Jose Daniel Ferrer, approximately 50 activists, family members, and neighbors had gathered for a picnic on the banks of a river before authorities arrived and used violence and intimidation, including against minors, women, and elderly attendees, to disperse the gathering.”

Finally, Rubio and Diaz-Balart concluded that “Meanwhile, activist Dr. Eduardo Cardet, of the renowned Christian Liberation Movement, remains imprisoned for daring to speak against the Castro regime. We appreciate your advocacy on behalf of freedom for the Cuban people, and welcome your administration’s efforts to highlight the strength and courage of Cuba’s pro-democracy movement on the global stage.  Regrettably, moral clarity, particularly in regard to despotism and human rights abuses, has been sorely lacking at the United Nations.  Therefore, we strongly support your administration’s efforts to stand in solidarity with the Cuban people and to unequivocally condemn their oppressors.”