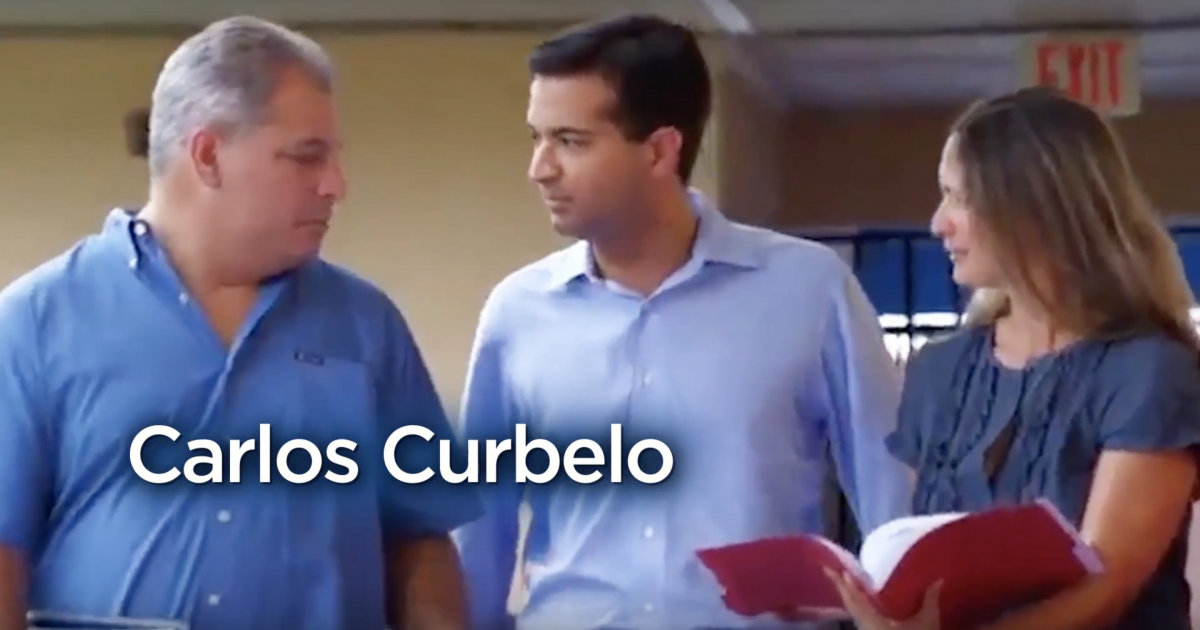 Carlos Curbelo looks to be on his way to winning a third term in Florida’s 26th Congressional District. To assist with ensuring that, the Congressional Leadership Fund, which is a super PAC that has ties to Republican leadership in the U.S. House, has released a new television advertisement to help the Representative from South Florida.

The new 30-second advertisement titled “(FL-26) Extreme,” heavily contrasts his record on economic issues with the record of his opponent, Democrat Debbie Mucarsel-Powell.

The advertisement has also been released in both English and Spanish, and it will be running online as well as playing on Miami airwaves.

The spokeswoman for the Congressional Leadership Fund, Courtney Alexander, shared her thoughts on the advertisement, saying that “Carlos Curbelo is an independent voice working across the aisle to fight for more jobs, lower taxes, and more economic growth. Debbie Powell opposes middle-class tax cuts that are saving Florida families $2,000, supports billions in new government spending, and even supports the dangerous Iran deal. Debbie Powell is too expensive and extreme for South Florida families.”

In response to the support, Democrats embraced Frederica Wilson’s endorsement of Mucarsel-Powell. In a statement, Wilson commented that “I proudly support bringing a problem-solver like Debbie to Washington, whether it’s to defend our children’s education or reduce Florida’s traffic problems. Representation matters, and we need diverse women in Congress to defend our communities from this administration and to bring real change to Florida.”

Democrats are working hard to ensure that the 2018 midterm elections overwhelms with a blue wave. The sunshine state is a state that President Trump won in the 2016 Presidential elections, so every race has been on their sight.

In addition, President Trump and President Barack Obama will be campaigning in the sunshine state, looking to fire up votes for their respective parties.