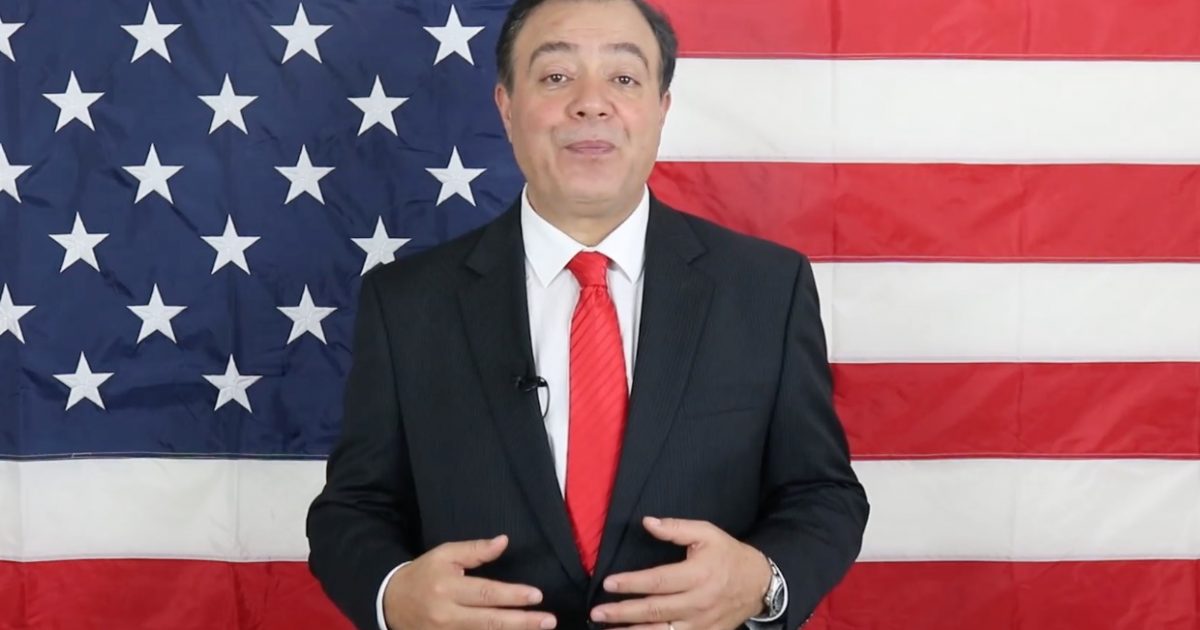 Elected officials and candidate for elected office are always, always depicted as liars, even if they haven’t old a single lie.

In most cases, wherever there is smoke, there is fire. In other words, most politicians lie, or stretch the truth so much, that they might as well have just told the lie.

This is certainly the case for “Republican” congressional candidate Nicolas Kimaz, who was just caught lying about the extent of his relationship with David Burnham, a scruffy individual who recently posted an anti-Semitic link from The Daily Stormer on his DitchtheDeutch.com political website.

According to the South Florida Sun-Sentinel, Burnham stated that “he didn’t know why he posted the link,” adding that he merely “skimmed” the story.

The title of the story: “Gun-Grabbing Jew Crows that the Florida Gun-Grab is Just the Beginning of the Gun-Grabbing”

Well, not sure why Burnham would think anyone would believe him, after all, the title of the article is as anti-Semitic as they come. And if he did just ‘skim’ the story, surely Burnham would have saw the title and this picture depicting Jews.

Kimaz lied to the Sun-Sentinel when he stated that Burnham had only volunteered for him “a couple of times,” adding that he was not an official surrogate of the campaign.

In fact, Burnham served as Kimaz’s official surrogate at two of the American for Trump meetings in Broward County, Florida, where no less than 100 attendees witnessed Burnham’s admission that he was there on the behest of Kimaz.

Americans for Trump’s Scott Newmark said that Burnham was “there for Kimaz on several occasions before” the August meeting, where “he stood up and spoke” as Kimaz’s official surrogate.

I know he’s been there (club meeting) for Kimaz before. At the August event he stood up and spoke.”-Scott Newmark

Newmark said that Kimaz had called him pull out of the meeting at the last our because he would be in Washington, D.C., and that “Burnham and one other person” would take his tickets.

“He said to me, I’m here for Nick,” Newmark said of this past September’s club meeting, adding that Burnham told him that “Nick gave him his ticket” but didn’t speak.

In addition, another one of Kimaz’s campaign associates outed Burnham as being “a huge part of this whole campaign.”

Again, Kimaz stated that Burnham was a simple volunteer that only helped a couple of times.

Burnham (below driving the truck) was not just a “couple of times” volunteer, as the following images debunk Kimaz’s assertion.

Burnham in center of picture wearing the white hat

Both Kimaz and Burnham are name defendants in a defamation lawsuit that was filed shortly before the primary election.

Kimaz tries to cash in on campaign