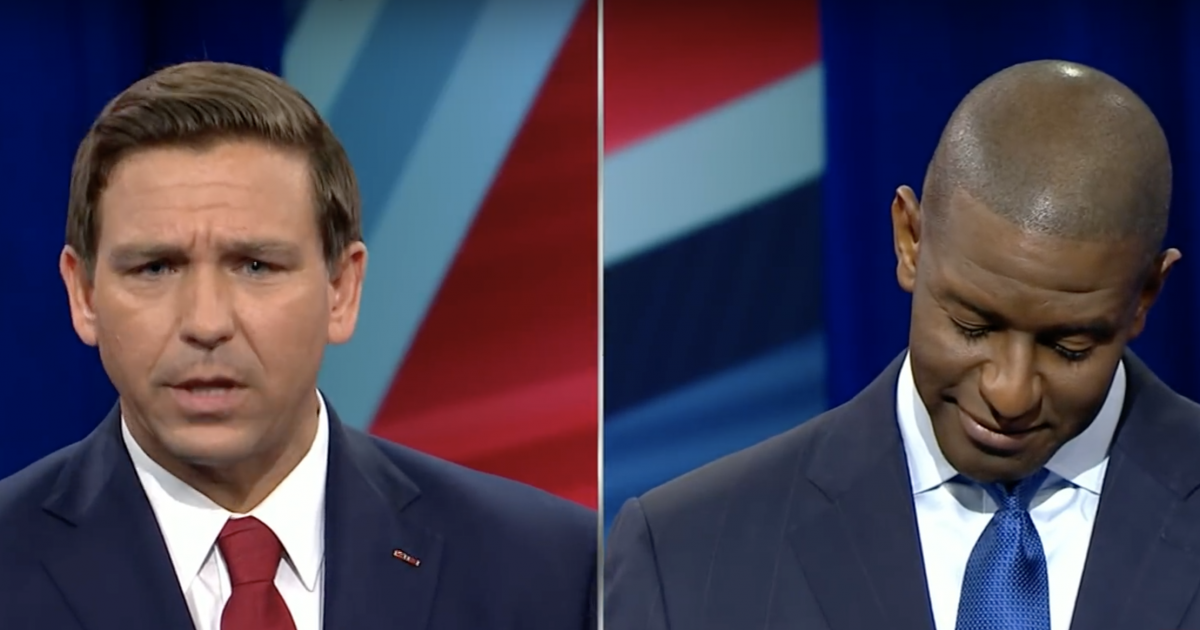 Tallahassee Mayor Andrew Gillum and Congressman Ron DeSantis took part in their first gubernatorial debate last night, and their last one will be on Wednesday night in Davie’s Broward College.

In the debate, a wide variety of topics were discussed, which ranged from the environment, healthcare and Congressman DeSantis pressed Mayor Gillum on his ongoing FBI investigation in Tallahassee.

In terms of the environment, the looming toxic algae takeover has been an urgent concern for the sunshine state and its coasts, but Mayor Gillum calls Congressman DeSantis an opportunist. He explained that DeSantis “is an election-year environmentalist.”

However, DeSantis fought back, saying that “Despite what he wants you to believe, Andrew Gillum has a record of supporting projects that would wreak havoc on Florida’s environment. I stand firm in my commitment to Florida’s economy and my plan to protect our environment.”

On his agenda should he be elected, DeSantis explained that he is “prepared to lead Florida and protect our future. We can’t destroy our economy with stiff taxes, we can’t have open borders, we have to protect law enforcement, and we will solve toxic algae. It would be an honor to have your vote.”

When pressed about the ongoing FBI investigation into potential corruption in the state capital, Gillum only responded that “we all have friends that sometimes let us down.”

DeSantis continued to stress the need for Gillum to answer who had paid for the “trip” and everything else, but Gillum did not respond. Instead, Gillum only answered that he and his wife pay their own way.

In turn, Blaise Ingoglia, the Republican Party of Florida Chair, issued a statement after the debate, saying that “Tonight we saw a stark contrast between a selfless veteran who is ready to lead and a self-serving career politician who eluded as many questions on the debate stage as he has been eluding questions from the FBI. DeSantis validated why he is ready to lead the Sunshine State with less government, lower taxes, and policies aimed at protecting our environment and our communities, while Andrew Gillum spewed a destructive agenda in tune with left-wing ideologies that would prove to be detrimental to Florida.”