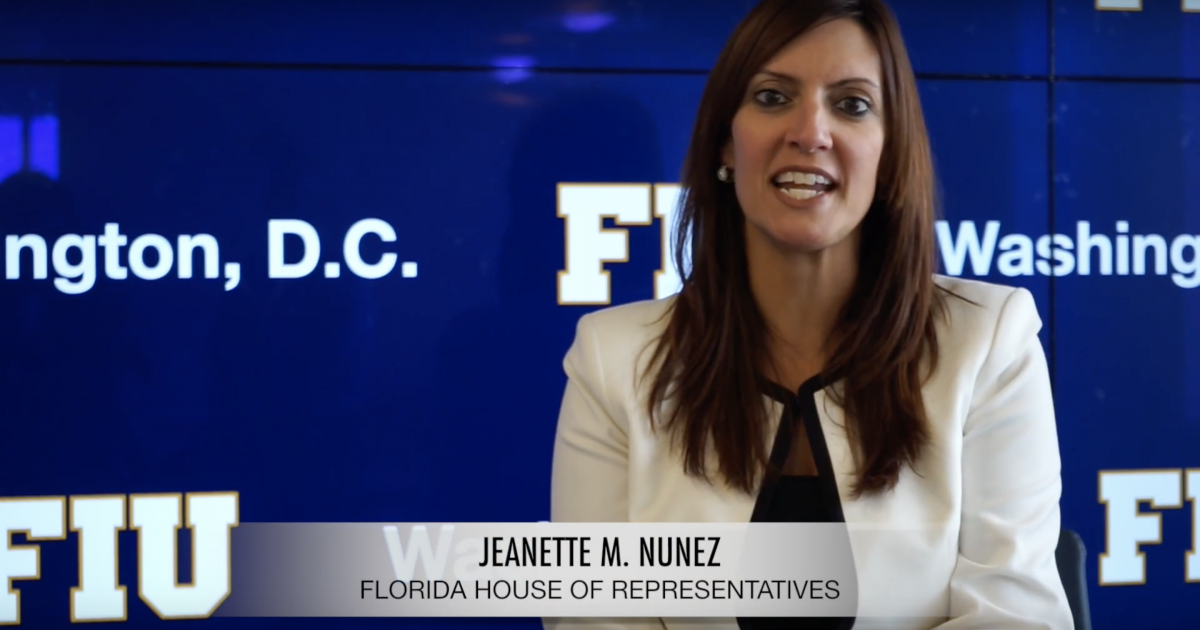 As polls show Tallahassee Mayor Andrew Gillum with a slight lead over Congressman Ron DeSantis in Florida’s gubernatorial race, Miami-Dade state Representative Jeannette Nuñex, DeSantis’ running mate, is arguing that there is a clear double standard in reference to media coverage of certain controversial supporters in the Governor’s race.

Speaking on the matter, Nuñez commented that “Ron has an excellent point. The way that the media has covered our campaign versus the way they’ve covered [the Andrew Gillum] campaign.”

She also went on to criticize Mayor Gillum’s platform as “concerning,” explaining that “All the scrutiny around the FBI investigation, his track record as a Mayor, his continuous increase in taxes for the city of Tallahassee — all of those things are troubling enough, but when they leave out important issues such as his affiliation with anti-Semitic individuals [and] continue to hone on this fake controversy for Ron DeSantis, I think it’s unfair.”

In recent weeks, Congressman DeSantis has voiced his own concerns over questionable people that Gillum has surrounded himself with and saying that the media is not properly covering the controversial figures.

In addition, while speaking in Fernandina Beach, Nuñez was questioned about her disapproval of President Trump during election season, but she disregarded, explaining that “You get heated in campaigns. But I’ve moved on and I support the President.”