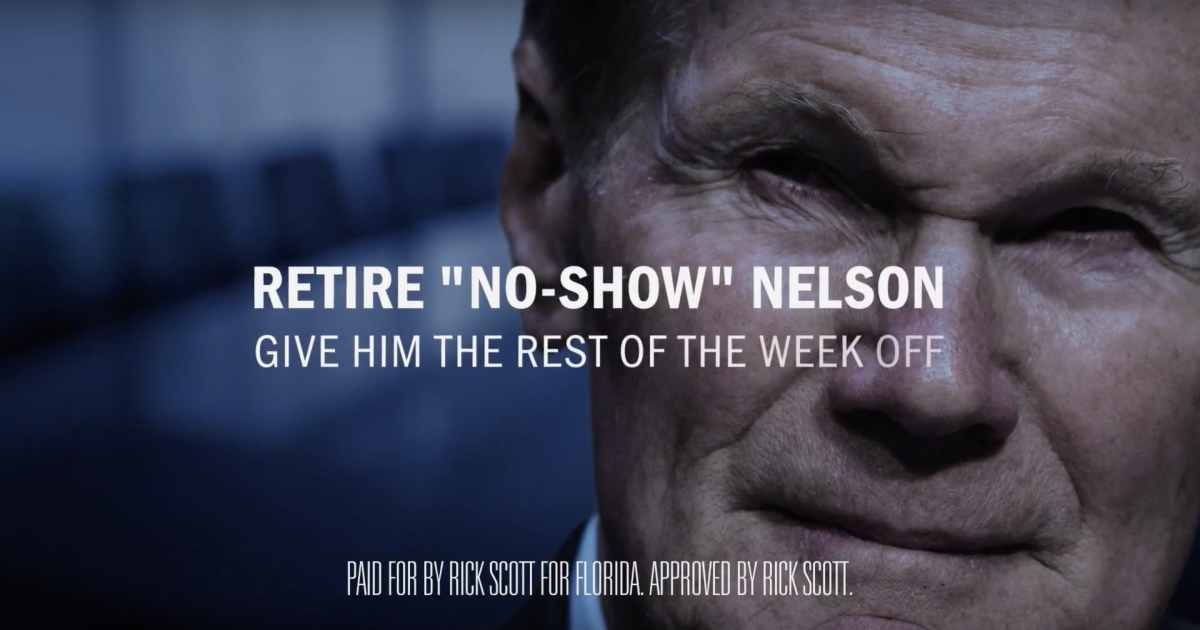 This advertisement focuses on Nelson having only 3 work days instead of the 5 that he should be dedicating to be a lawmaker in Florida. Nelson’s worked “46 Years in Politics,” and the advertisement highlights that he’s been “absent for National Security Hearings 45% of the time.” It claims that he’s passed on hearings that involve Russia, ISIS and North Korea, and it calls for voters to vote him out and “give him the rest of the week off,” dubbing him “No Show” Nelson.

This advertisement comes after a string of attacks, calling Nelson a career politician that has had a negative effect on the economy because he didn’t vote in favor of the GOP tax bill.

During the primaries, Governor Scott was polling higher than Nelson, but the race has since cut closer as the general election is underway.