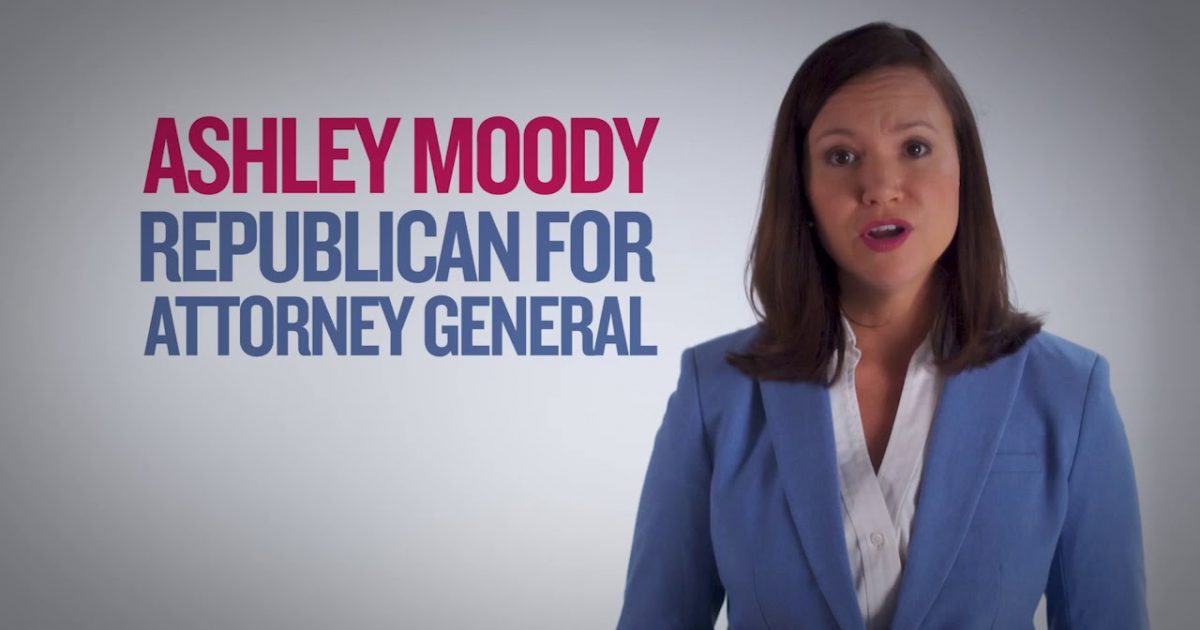 Bean explained his endorsement by commenting that “Keeping Florida safe is a top priority of mine in the Florida Senate and that’s why I’m endorsing Ashley Moody. Ashley has the experience, will and muscle to put bad guys behind bars and keep our communities safe.”

Hutson added that “As a conservative senator from northeast Florida, I’m proud to endorse Ashley Moody. As a former judge for over ten years, Ashley believes that we must strictly follow the conservative principles of the U.S. Constitution. She is a strong believer in Christian, pro-family values and will always defend religious freedom and the rights of Christians. It is my hope that voters from all across Florida will stand behind strong conservative Ashley Moody.”

Finally, Delaney noted that “As a former mayor of Jacksonville, I know how important safety and security is to our community. That’s why I’m endorsing Ashley Moody for attorney general. In addition to steadfastly supporting the men and women of law enforcement, Ashley’s top priority will be to fight the prescription drug and opioid epidemic which has affected hundreds of thousands of Floridians. I hope my fellow Jacksonville neighbors will join me in supporting Ashley Moody on August 28th.”

In response to the endorsements, Ashley commented that “The northeast area of Florida has long been a bastion of conservative leadership. I am proud to receive the endorsement of this distinguished group of elected officials. As attorney general, I will work hard every day in office to deserve this great honor and will fight to protect our communities and the freedoms guaranteed to our citizens.”