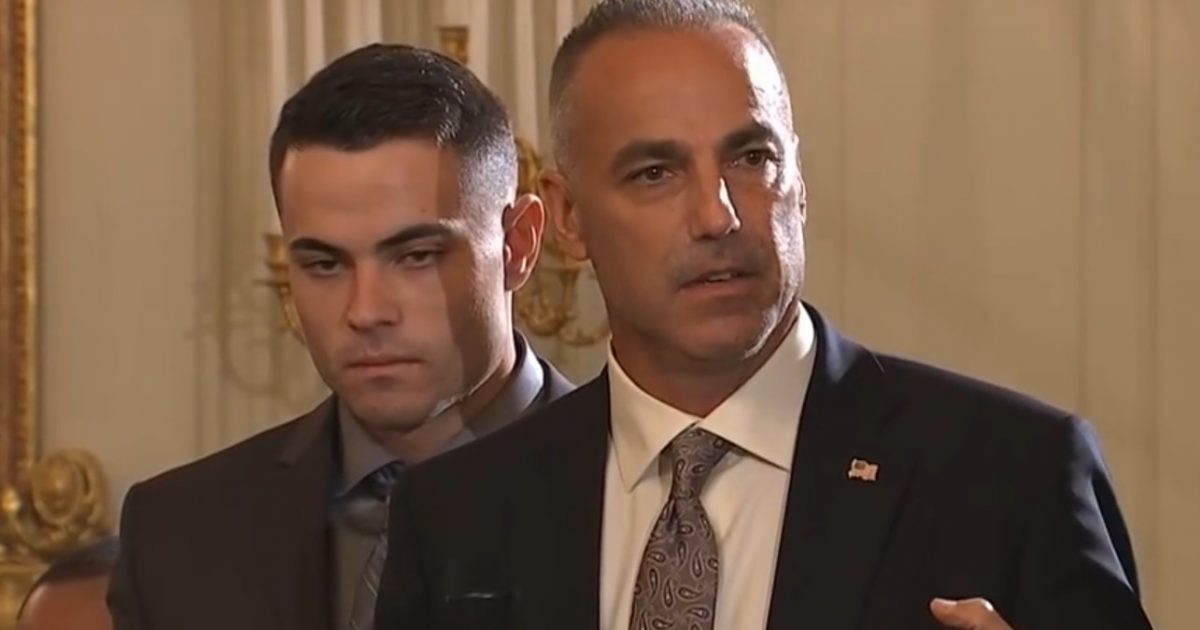 While gun control activists continue to blame the NRA, guns, and ammunition as being the cause for the tragic Marjory Stoneman Douglas High School shooting that killed 17 students and teachers, many other Americans have focused their energy on keeping kids safe in school.

The most outspoken proponent of school safety and not gun control, is Andrew Pollack, the father of slain Stoneman Douglas student Meadow Pollack.

“She was a strong, independent, confident girl that was capable of getting anything done…There wasn’t anything she couldn’t do. She was very humble, too. How pretty she was — she was friendly to everybody, smiled and was a down to earth, regular girl.”-Andrew Pollack

Pollack, who is a supporter of President Trump, was in Sarasota County this week at a high school Lacrosse game when the Herald-Tribune caught up with him.

Pollack, like most sensible Americans, is pointing the finger at the person or persons who are responsible for the killing of his daughter and 16 others, Nikolas Cruz.

But the mourning father doesn’t stop at Cruz. Pollack correct in blaming the FBI, Broward Sheriff’s Office, and the Broward County School Board for failing to keep the shooting from happening.

“It was incompetence that killed my daughter, and we need to be serious on school security,” Pollack said. “When you go to the airport, you have to take your shoes off to get on a plane, but you can walk into a school with a rifle. Something’s not right.”

The FBI has admitted to mishandling a tipster’s warning about the shooter, Nikolas Cruz. And Broward Sheriff Scott Israel said his office responded to 23 calls about incidents related to Cruz. Cruz is awaiting trial for the murders and faces the death penalty.

Cruz should have been arrested on two of these incidents, but local authorities chose to follow the controversial Promise program that looks to keep kids from attaining criminal record. The incidents in question are said to be outside the programs stated perameters.