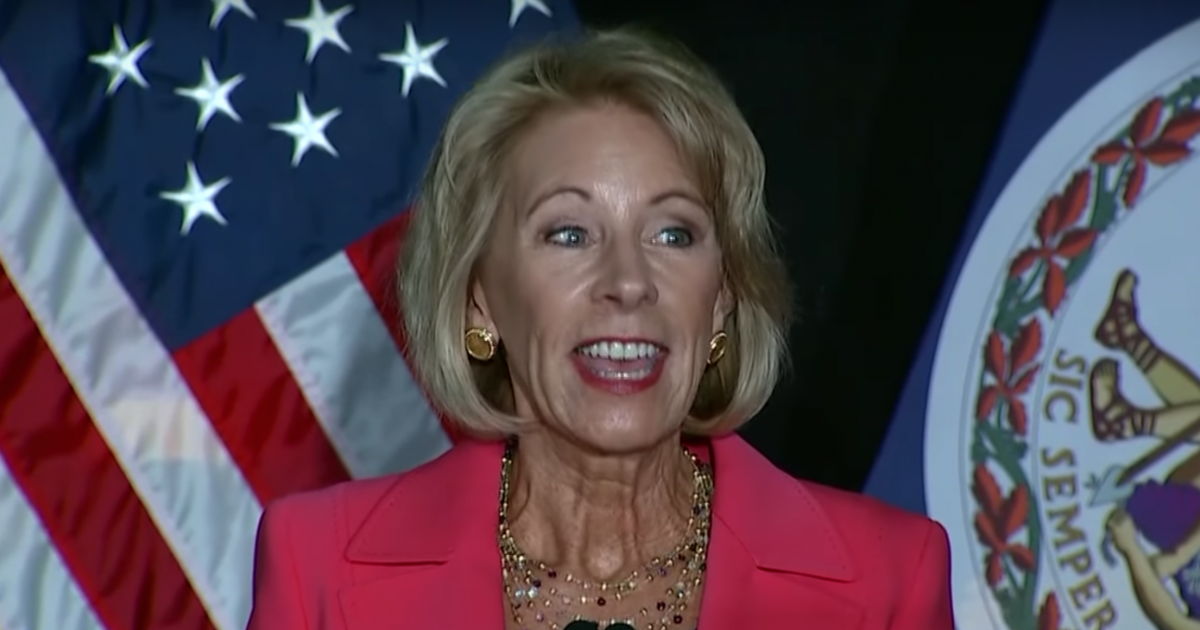 Controversial Secretary of Education Betsy Devos visited Marjory Stoneman Douglas high school yesterday to meet with students and teachers. As expected, there was some opposition from the students on social media before she arrived and after her visit.

But, Devos commented to reporters that she’s “committed not only to listening but to action.”

When asked about how the students are doing upon being back in school, she stated that the students gave her mixed reactions. Devos explained that “Some are doing quite well, but all acknowledge it’s a day-to-day situation. Some students who were in the building involved, it’s very tough for them.”

She went on to say that she didn’t talk about the measure to arm teachers in order to create a line of defense should a future shooting present itself. While she does agree with President Trump on arming some trained staff, she does agree that it’s a measure that shouldn’t be forced on school districts. It should only be implemented if the communities want it.

In turn, Governor Rick Scott is entirely against training and arming teachers, and the Marjory Stoneman Douglas bill has just reached his desk. But, there’s no word on whether or not he’ll be signing it, considering that it does contain a “school marshal plan” that calls for some school employees to carry guns on campus.