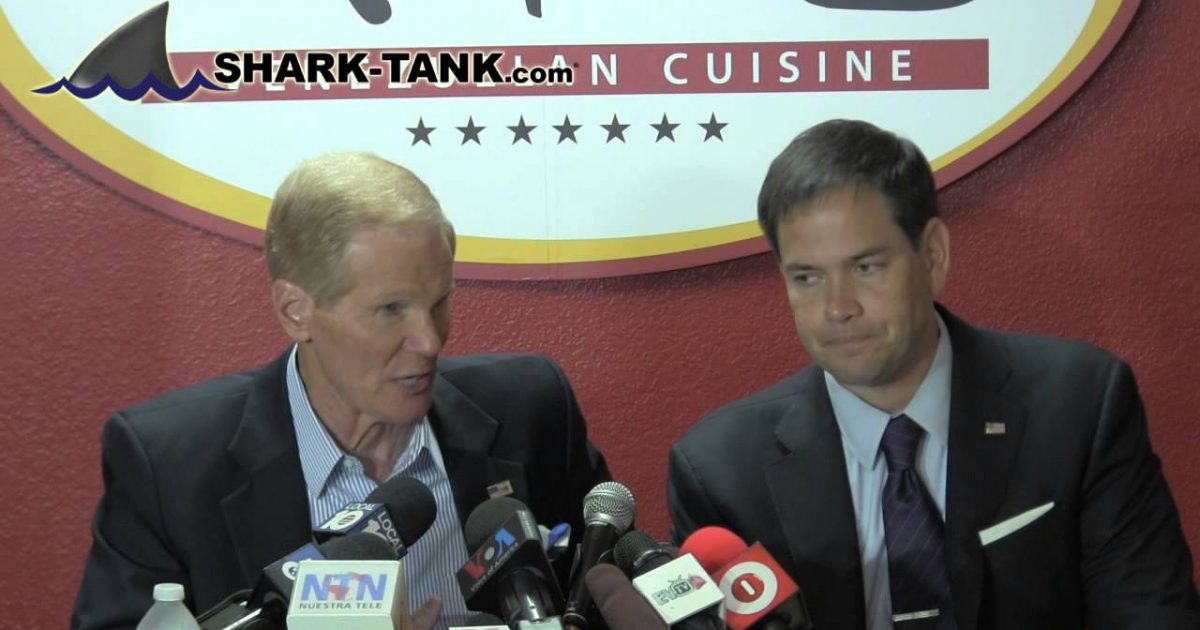 In as many days, Senator Nelson(pictured with Senator Marco Rubio) is out trying to raise money for his senatorial re-election by targeting yet another Republican issue or legislative action, the new proposed tax reform bill.

Nelson calls the senate tax measure as a “disastrous tax bill” that Republicans want to pass before liberal Senator-elect Doug Jones takes his new job in the U.S. Senate.

This bill was never about helping the middle class. It cuts taxes for large multinational corporations and pays for those cuts by borrowing nearly $1.5 trillion, which is added to the national debt – and it takes health care coverage away from 13 million people.

But he can’t do it alone. Nelson needs your help. He needs our money to help him vote against the bill?

I thought all he had to do was raise a ‘thumbs down’ on the senate floor to prevent the tax bill from passing?

Nelson faces a mammoth 2018 senatorial challenger from Florida Gov. Rick Scott, who is expected to announce his run in early 2018.