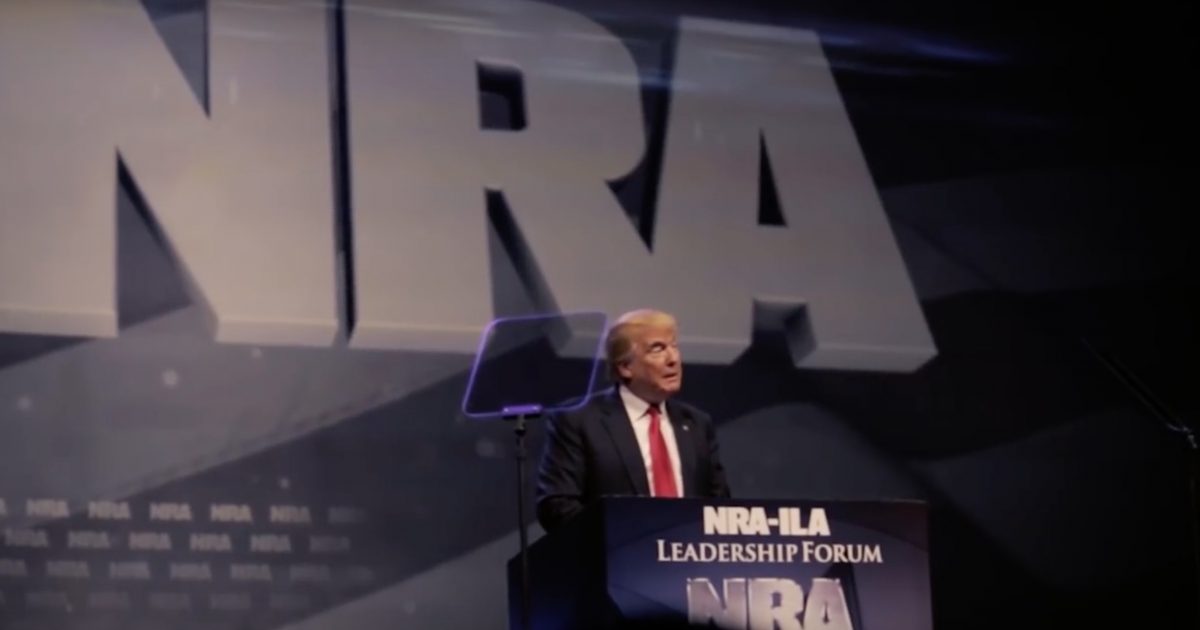 ATLANTA (AP) — The National Rifle Association is offering insurance for people who shoot someone, stirring criticism from gun-control advocates who say it could foster more violence and give gun owners a false sense of security to shoot first and ask questions later.

Some are calling it “murder insurance,” and say that rather than promoting personal responsibility and protection, it encourages gun owners to take action and not worry about the consequences. And, they say, it’s being marketed in a way that feeds on the nation’s racial divisions.

Guns Down, a gun-control group formed last year, is running an ad campaign to criticize the NRA’s new insurance. It’s just the latest group to take aim at the NRA’s offering.

“The reason I call it murder insurance is because if you look at the way this is marketed, it’s really sold in the context of ‘There’s a threat around every corner, dear mostly-white NRA member,’ and that threat is either a black man or a brown man or some other kind of person of color,” said Guns Down director Igor Volsky.

“So when you inevitably have to use your gun to defend yourself from this threat around every corner, you have insurance to protect you.”

The NRA isn’t the only gun lobbying group offering such insurance. The United States Concealed Carry Association has been in the business much longer and provides up to $2 million in civil costs and $250,000 for criminal defense. But the NRA is the most prominent gun-rights group in the country and it offered similar insurance previously. And Carry Guard is more comprehensive and being marketed more aggressively than it has been previously. It’s drawing attention to a type of policy that was relatively obscure until now.

Guns Down’s advertising campaign casts a spotlight on the policies and asks the two insurance companies involved with it — Lockton Affinity, which administers it, and Chubb, the underwriter — to drop it. The campaign includes a video message from Sybrina Fulton, mother of Trayvon Martin, an unarmed teen shot and killed in 2012 by a neighborhood watch volunteer George Zimmerman whose case drew nationwide notoriety.

The video featuring Fulton begins with images showing some of the most racially divisive moments in recent history — from the white supremacists who protested in Charlottesville, Virginia, to surveillance footage showing Dylann Roof, who shot and killed nine African-Americans in 2015 during a prayer meeting at a Charleston, South Carolina, church.

“They spend millions lobbying for laws that allow them to ‘shoot first’ and ‘stand their ground.’ But that just makes it easier to get away with murder,” Fulton says. She criticizes the insurance and implores viewers to tell Chubb and Lockton Affinity to drop the insurance — and to not purchase their products until they do.

Lockton declined to comment to The Associated Press. In a statement, Chubb told the AP that it provides insurance for a wide range of risks and when customers are engaged in “lawful activity,” including hunting, shooting at gun ranges or when a firearm accidentally discharges. It noted that Carry Guard includes training and safety courses.

Neither Chubb nor Lockton would provide data on the number of policies sold or the claims filed.

Carry Guard was aggressively promoted during this year’s NRA annual meeting, with life-sized posters featuring spokeswoman Dana Loesch holding a card that offers three tips for what to do after shooting someone: Call 911, wait for police to arrive and then call the Carry Guard number for legal assistance. It advises gun owners to not speak with police about the incident until speaking first with an attorney.

Peter Kochenburger, an insurance expert at the University of Connecticut School of Law, has been following the emergence of gun insurance. There’s no way to track the number of policies sold or the number of claims filed, though he suspects the latter is fairly small.

Such insurance might benefit society, he said, because it could compel the industry to research ways to make gun ownership and storage safer or by providing discounts to gun owners who take safety courses.

But it could also lead to a “moral hazard” of unintentionally emboldening a gun owner to shoot someone by offering a false sense of security. And the potential backlash against the insurance companies involved might not be worth the revenue such a niche policy could generate, he said.

Published with permission from the Associated Press