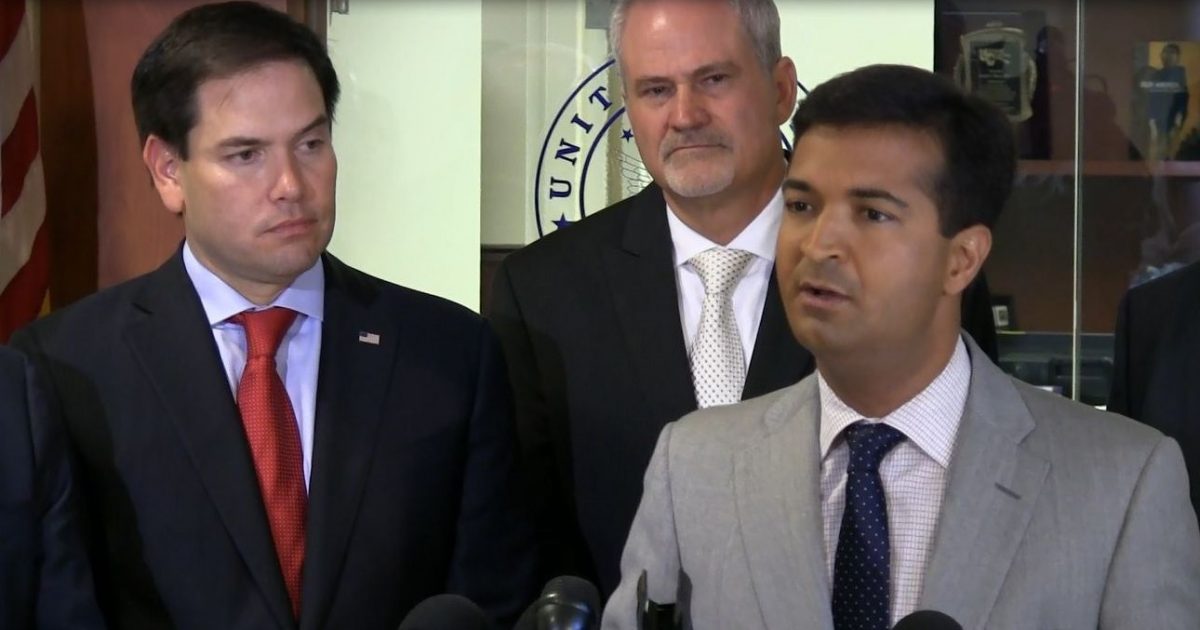 The Democratic Party, which touts itself as being the political party for all minorities, including Hispanics.

But that isn’t always the case in some instances.

In the US Congress, the Congressional Hispanic Caucus is completely comprised of Democratic members of the House. Republicans are not allowed, but thats not what members of the caucus will tell you.

Curbelo has struck the ire of many Conservatives and Republicans for pushing back on President Trump and for supporting many Democratic Party-leaning issues like climate change, DACA, as well as a  pathway to citizenship for illegal aliens living in the US.

But event with those not-so-conservative bona fides, it appears as if Curbelo is not brown enough for the Hispanic Caucus in the US House of Representatives.

Congress is so broken that an American of Hispanic descent isn’t allowed to join the Congressional Hispanic Caucus.

Forget that Curbelo is a prominent Spanish-speaking and writing amigo with a darker than normal tan (just compare his completion with those of Senator Rubio and Rep. Mario Diaz-Balart), and appears on Spanish language television on a regular basis.

Curbelo has signed up to join the Hispanic Caucus, but for whatever reason, his February 2017 application to the group is still being mulled over by caucus members.

What’s the hold up?

Curbelo is Hispanic, but does not fit the mold for what the Hispanic Caucus really is, a partisan Democratic group hell bent on pushing their party’s agenda onto Americans, and not collectively looking to drive  fair and national Hispanic policy.

Curbelo is right. The Hispanic Caucus is misrepresenting itself to Americans.

But don’t take Curbelo’s word for it, listen to what caucus chair Rep. Michelle Lujan Grisham (D-NM) said in response to inquiry on why Curbelo’s application has not been pushed through the committee:

“It’s not true that it’s not happening and it’s also not accurate to say that it’s a done deal…The caucus really has to have a discussion because we talk about legislative strategy that can sometimes be partisan.”

There you have it.

By it’s chair’s own admission, the Hispanic Cauces’ “legislative strategy” is “partisan” at times.

In other words, what  Lujan Grisham is saying is, the Hispanic Caucus is only for this Hispanics House members that prescribe to their “country club liberal” legislative agenda, and no Republican need apply.

Grisham and her fellow Democrats are filibustering Curbelo.

But let’s not jump down Grisham’s throat so quickly, as the New Mexico native did offer Curbelo a compromise.

Grisham said its a “good approach” to let Curbelo sit on the Congressional Hispanic Caucus Institute before allowing him to join the “full enchilada” group.