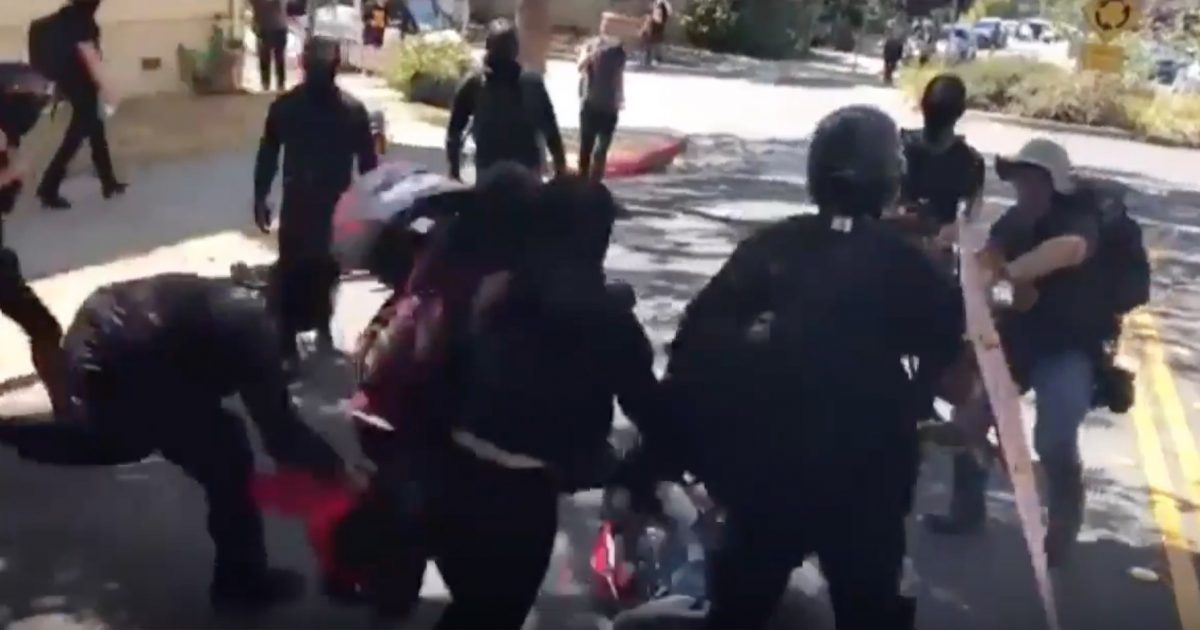 The Commander-in-Chief of the United States has the duty to protect the American people from enemies, both foreign and domestic, right?

Arming local police to protect citizens from armed and rioting mobs like ANTIFA, is no different from having to arm the US military its efforts to combat foreign enemies and terrorists.

President Donald Trump appears to be in position to scrap Obama’s anti-police executive order that not only handcuffs police from effectively protecting citizens, but puts them at higher risk of bodily injury during public protest like the recent ones in Berkeley and Charlottesville.

The AP has attained documents outlining what the Trump’s order  would call for.

While white supremacists continue to spew their hate for anyone that does not fit their jaded “Aryan” mold, anarchist like ANTIFA, continue to indiscriminately attack individuals they believe do not support their agenda, think are “Nazis.”

The ANTIFA agenda isn’t any different than the white supremacist views of an all-American Aryan nation. Actually, ANTIFA behave much like Hitler’s “Brown Shirts” in the late 1030’s and 1940’s.

Just watch this video below of cowardly-masked ANTIFA agitators attacking others in Berkeley, California.