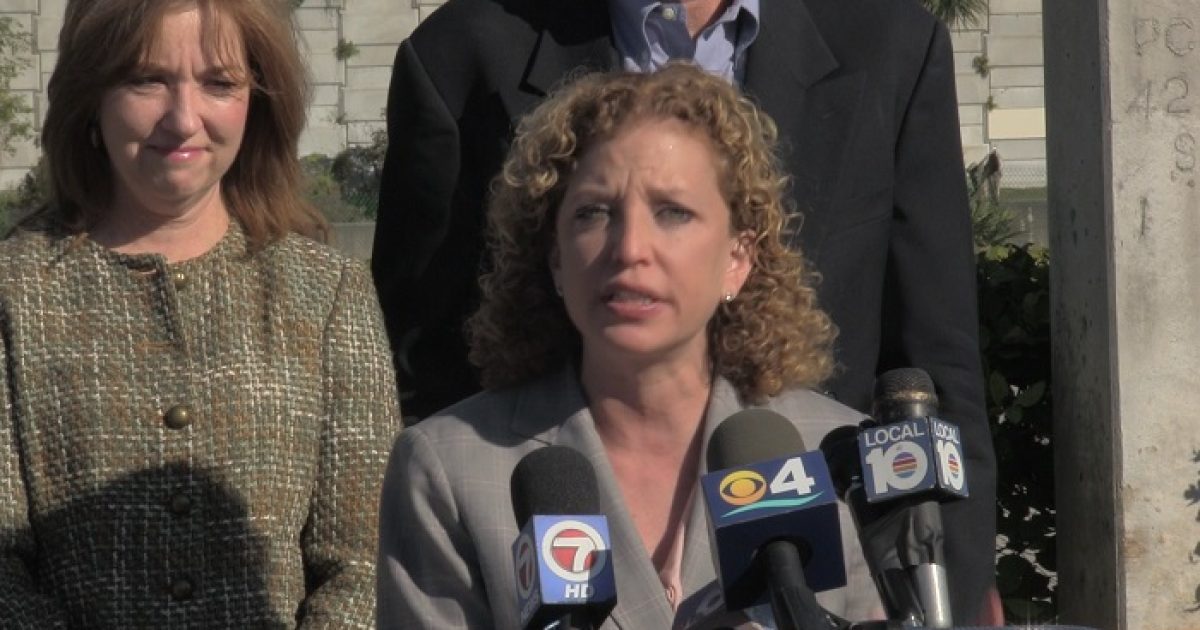 While Democrats and Republicans alike are quick to dismiss any congressional candidate’s chances of unseating Rep. Debbie Wasserman Schultz (R) in her heavily-Democratic-leaning seat, the 2018 election could prove them wrong.

With Wasserman Schultz carrying so much baggage, including being forced to resign as DNC chairwoman, her involvement in helping to influence the 2016 Democratic presidential primary election for Hillary Clinton, and now for not firing her House IT aide early enough, Republicans are once again lining up to defeat the congressional stalwart.

But before Republicans get a shot at taking her out, Wasserman Schultz must first get passed a second consecutive primary challenge from college Professor Tim Canova.

Canova is nothing less than an extremely formidable opponent that can raise serious campaign donations. Wasserman Schultz handily defeated Canova in 2018, but with so much controversy surrounding her, as well as the political watercolor talk that she may be pushed out of congress, Canova could be primed to defeat the sitting congresswoman.

As for the Republicans, they too have a primary to get past before they square off with their Democratic opponent.

Attorney Carlos Reyes, who recently announced his candidacy, told the Shark Tank that he was 100% “focused” on his primary race against Carla Spalding and Joe Kaufman.

Spalding, who has suggested Wasserman Schultz resign from congress for her involvement in IT-gate, could be considered as the favorite in the race, even though Reyes probably garners the fundraising prowess she may lack.

Spaulding believes that Wasserman Schultz is clearly hiding something from the public, and must answer for her actions.

And then there is the consummate political candidate, Joe Kaufman. This is Kaufman’s fourth run for congress in this same congressional district.

Kaufman declared that the 2016 election night results in which Wasserman Schutlz crushed him by over 17 percentage points, was a “mandate” for him to run.

Yeah, he said that.

Kaufman first ran for congress in 2012 where he was defeated by Karen Harrington in the GOP primary. After Harrington decided not to run again in 2014, Kaufman decided to give it another try against Wasserman Schultz.

Kaufman was mauled at the polls, and again lost big in 2016, as we previously mentioned.

Again, this congressional seat could be decided in the primary election. For Republicans to win this race, Spalding and Reyes need to run flawless campaigns. Kaufman has no chance to win.