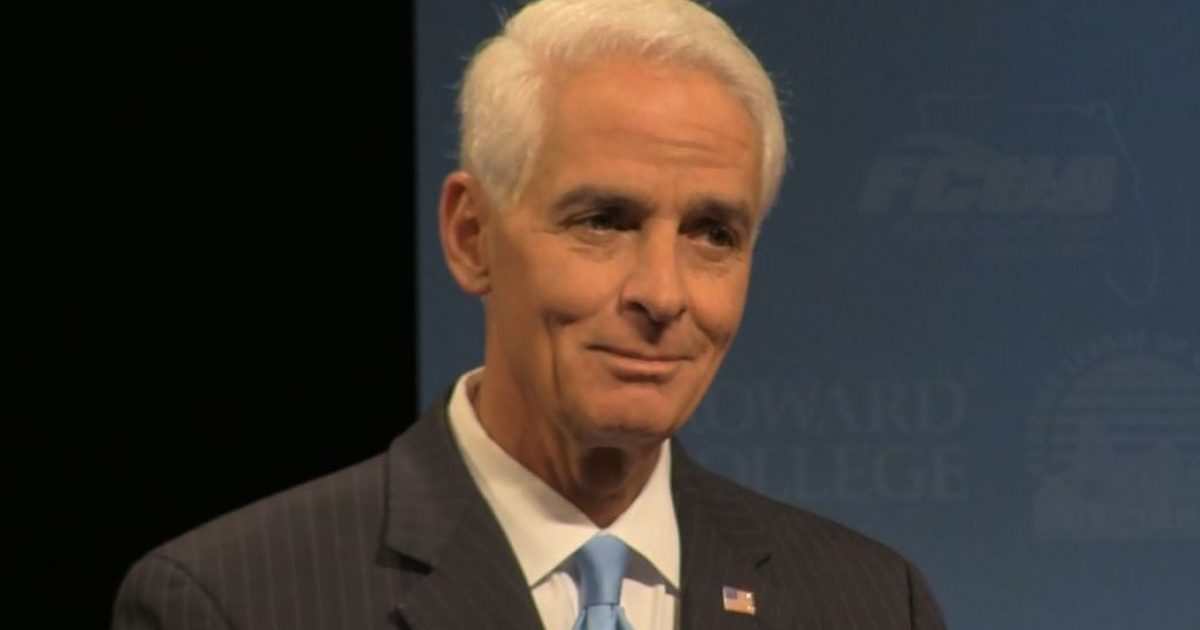 Florida Representative Charlie Crist is fundraising on the notion that his Republican colleagues in the US House of Representatives have “forgotten” about the 2008 recession, and how “everyday Americans went from middle-class one day to the street the next.”

Crist is referring to the Financial Services Committee passing the Financial Choice Act, a bill that will repeal the regulatory-heavy and economy-debilitating Dodd-Frank bill of 2009.

While Crist calls Dodd-Frank a bill “that ensures America’s financial health,” most, if not all Republicans, believe that Americans will be better suited with its repeal.

Then-Republican Crist endorsed President Obama’s failed Stimulus Act and campaigned for Dodd-Frank. His betrayal of the Republican Party led to his demise in the Senate race against Rubio.

Arizona Congressman Andy Biggs (R) penned this op-ed in The Hill, echoing what many Americans, including now-Senator Marco Rubio (R), who defeated Crist in the 2010 US Senate race in Florida.

During the 2007 housing crisis that disabled the American economy and caused the Great Recession, Congress authorized trillions of dollars of new spending to prop up the economy and bailout large banks that had made risky investments. Rather than letting the market react and guide banking practices going forward, Democrats pushed for regulations to the financial industry that they argued would prevent a similar crisis in the future. After President Obama’s election in 2008, the Democratic-led Congress went to work, and ultimately passed the Dodd-Frank Wall Street Reform and Consumer Protection Act.

The Dodd-Frank legislation produced over 400 new crippling regulations to the American financial sector, including more than five times as many new restrictions as any other law passed since 2009. The result: the weakest economic recovery in 70 years. The legislation actually enshrined bailouts in permanent law, and created a lopsided system wherein big banks grew bigger while community banks and credits unions closed at an average of one per day. Because of Dodd-Frank, Americans face higher bank fees, more expensive mortgages, and the negative impacts of the Consumer Financial Protection Bureau (CFPB), one of the most powerful and least accountable agencies in our nation’s history.

Implementing Dodd-Frank has cost billions of dollars and the countless new regulations and restrictions have resulted in millions of hours of compliance work. In fact, the federal government alone has hired nearly 3,000 new full-time employees to enforce compliance to the onerous new regulations. The American economy will not fully recover until many of Dodd-Frank’s “reforms” are repealed.  –Rep. Andy Biggs (R-AZ)

President Trump has already signaled that he would make it a priority to scrap the Dodd-Frank regulatory bill, and “roll back burdensome regulations.”