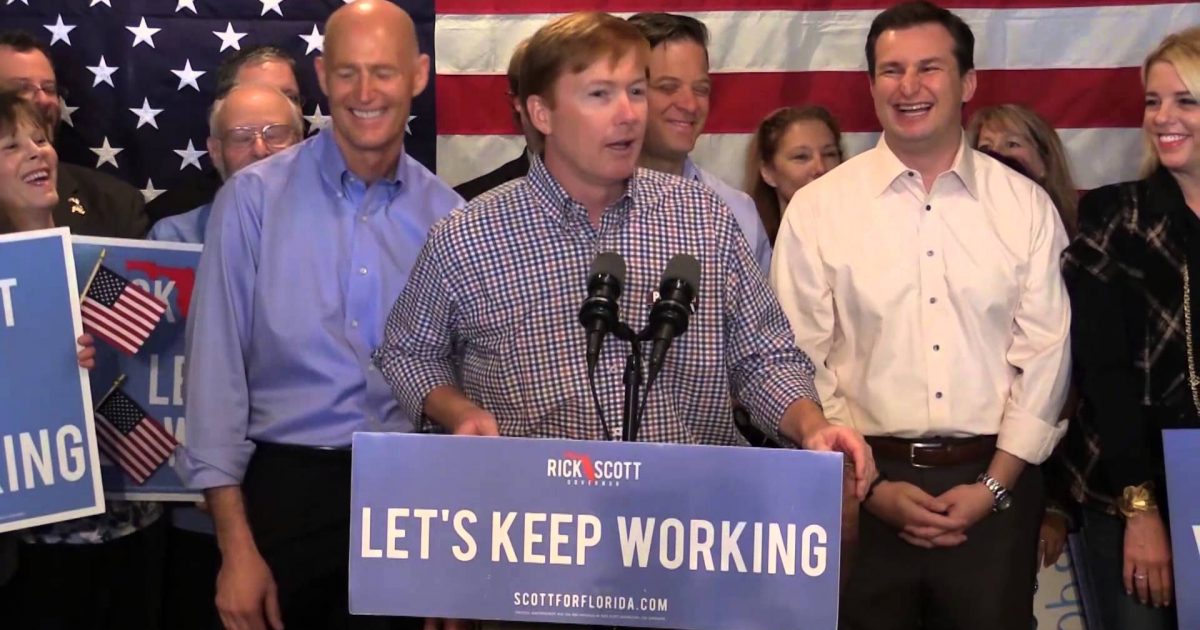 Putnam Files To Run For Governor of Florida

One of the worst kept secret in Florida political history is finally official. Agriculture Commissioner Adam Putnam is running (finally) for Governor of Florida.

According to the first press release the from Adam Putnam for Governor campaign,  Commissioner Putnam has official announced the he will seek the governorship in 2018.

Putnam will make his official public announcement in his hometown of Bartow, Florida at 11:00 a.m. on May 10.

Adam Putnam filed a Candidate Statement with the Florida Department of State Division of Elections today to declare his intention to run for Governor of Florida.

During his time as Commissioner of Agriculture, Putnam has stood up for Florida’s farmers, asking the U.S. Department of Commerce to investigate Mexico’s unfair trade policies. He has been a strong defender of the Second Amendment. Concealed weapon licenses more than doubled under his watch, and nearly 75,000 CWL applications for military personnel and veterans have been expedited. He has also been determined to make Florida the most veteran-friendly state in the nation, eliminating unnecessary burdens on military men and women living in Florida and honoring wounded veterans through Operation Outdoor Freedom.

Putnam is committed to keeping Florida on the road to prosperity and expanding opportunity for all Floridians. He is focused on putting Florida first, making sure there is a fair playing field for farmers and small businesses across the state. He wants to increase access to high quality education, give every student the skills he or she needs to succeed, and provide every parent the ability to choose the right path for their child. And he wants to ensure the state is safe, the border is secure, and sanctuary cities are defunded.

Speaker Richard Corcoran is said to be seriously considering challenging Putnam in a Republican primary race, and will undoubtedly look to embrace the Tea Party/Trump voting base of the Republican party, if he decides to make the run.
0SHARES
75
SHARES
ShareTweet