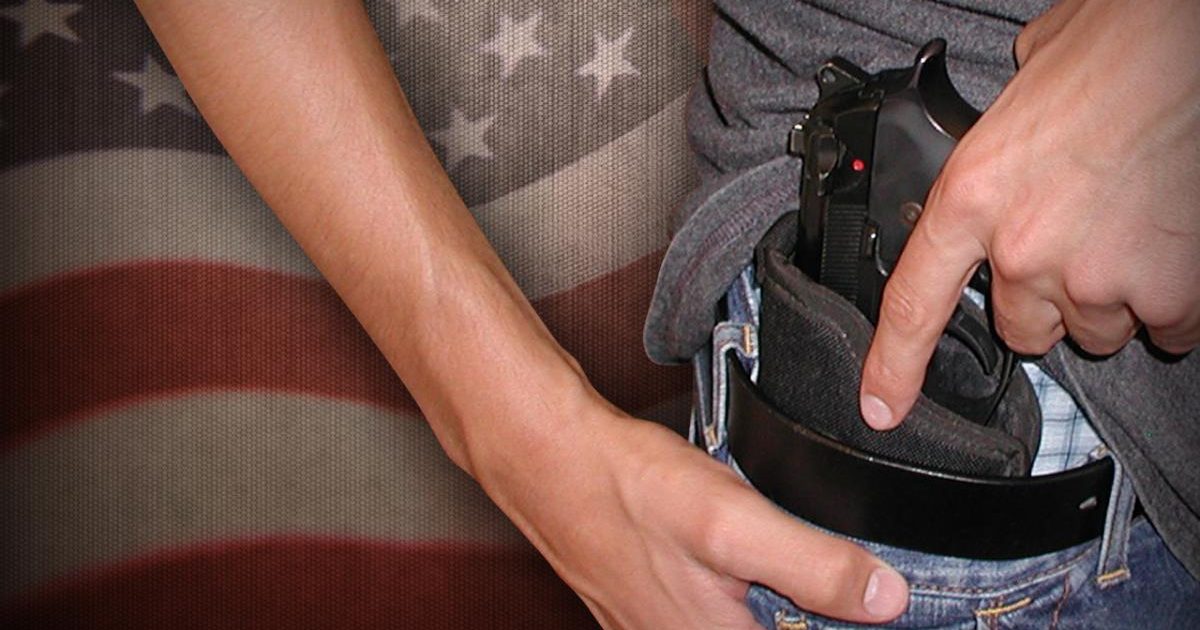 Carrying a Concealed Weapon At A Courthouse Could Become A Reality

Did you ever think that the day would come where concealed-weapons permit-holders would be allowed to freely roam a courthouse while packing heat?

Well if all goes well for SB616, which just passed 5-4 in the Senate Judiciary Committee, then permit holders will soon be able to carry a weapon in and out of a courthouse.

While the bill does allow permit holders to carry their weapons within any courthouse, it does not allow the weapons to be brought into an actual courtroom, because that would just be insane.

According to the bill sponsored by Sen. Greg Steube, the bill is aimed at (pun intended) allowing defense attorneys to carry guns to and from a courthouse.