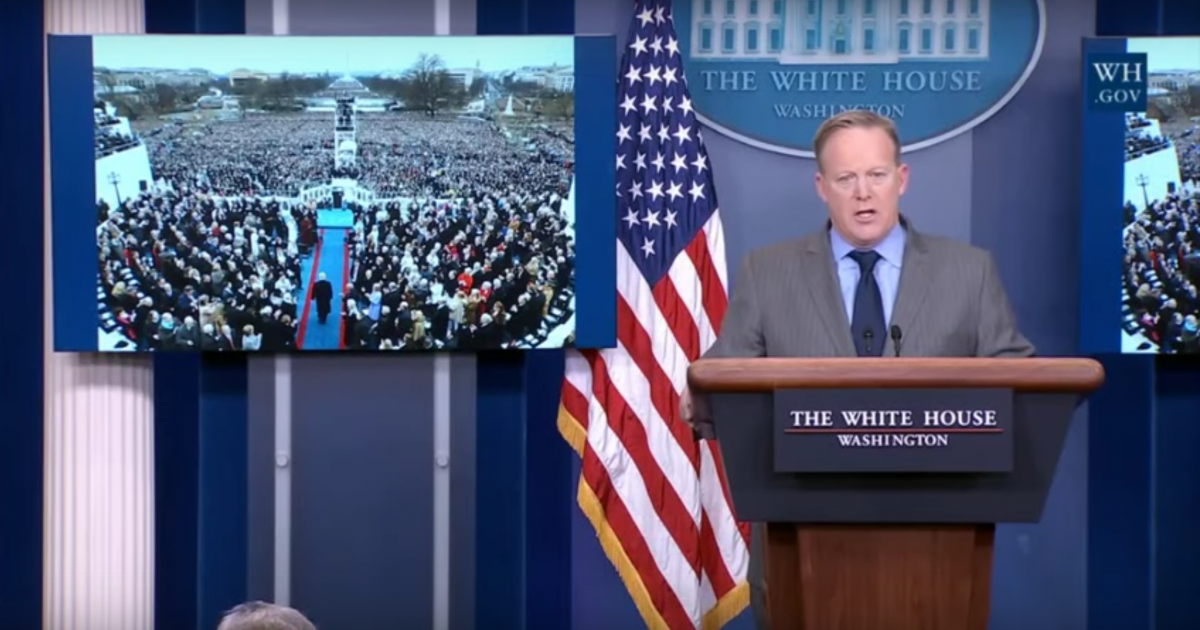 The first official Press Briefing is scheduled to be held on Monday. Today, Sean Spicer, Donald Trump’s White House Press Secretary, delivered a statement updating the public about the President’s activities and it was as fiery as a tweet from President Trump.

To begin with, Spicer slammed the media for it’s “false reporting” of Trump.

He pointed out that a reporter had tweeted that Martin Luther King’s bust had been removed. Moments later it was proven to be false and the reporter responded by saying that a secret service member must’ve been standing in the way of it. Spicer also commented on a picture that’s gone viral supposedly pointing out a small attendance for President Trump’s inauguration by saying that this is the first time that floor covering has been used to protect the grass. Crowd numbers were released but the National Park Service does not disclose this information. He then went on to explain the new information that had been provided, which showed that “this was the largest audience to witness an inauguration, period.”

Spicer also informed that President Trump met with the CIA and he was greeted with a five minute standing ovation. There were thousands of employees in attendance and President Trump is said to have told them that “he has their back.”

Senate Democrats were also slammed in the statement. He noted that a CIA Director was sadly not in attendance because Senate Democrats are stalling the nomination of Mike Pompeo because they are “playing politics with national security.”

“That is what you guys should be writing and covering,” Spicer told the press and saying that dishonesty in the media makes things difficult.

Spicer also informed that Trump spoke to Prime Minister Trudeau from Canada, he spoke to Enrique Peña Nieto of Mexico about trade and immigration, and  that Trump has scheduled a meeting with the United Kingdom’s Theresa May in Washington this Friday.

It was a short statement, but it will definitely have responses from members of the press.