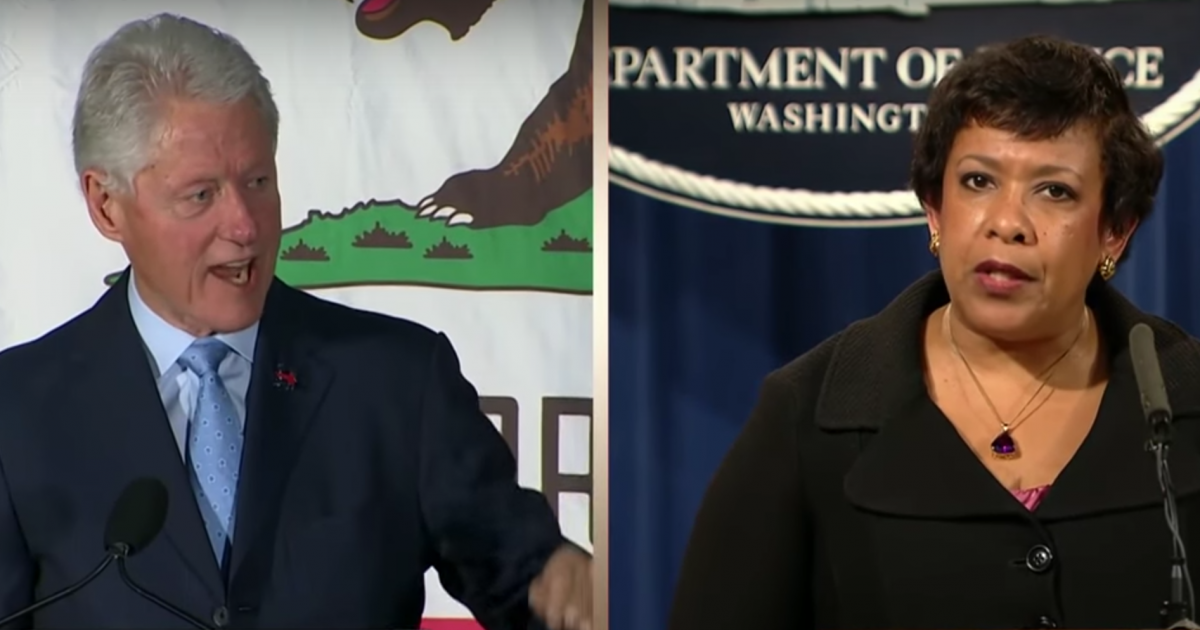 Loretta Lynch, U.S. Attorney General, was on CNN’s “State of the Union.”

There, she admitted that she regretted her highly controversial meeting with President Bill Clinton while the FBI was investigating Hillary Clinton mishandling emails through a secret server. What was discussed in the meeting has never been disclosed, but many critics believe it was a final plea for the case to go in favor of Hillary.

A few days after the meeting, FBI Director James Comey announced that Hillary Clinton had in fact been extremely careless in her handling of classified information but that he didn’t recommend that charges be pressed against her.

This left many people scratching their heads.

In Lynch’s interview, she admitted her regret because concerns were raised over the credibility of “the Department of Justice and the work that we were doing.”

“I wish I had seen around that corner and not had that discussion with the former president, as innocuous as it was, because it did give people concern,” she added. “It did make people wonder, ‘Is it going to affect the investigation that’s going on?’ and that’s not something that was an unreasonable question for anyone to ask.”

During the 2016 Presidential election, Hillary Clinton’s ongoing investigation over mishandling sensitive information through a secret server raised questions among voters about transparency and trustworthiness.

When asked if in hindsight she believed she should’ve turned down a meeting with President Bill Clinton, Lynch explained that her “greatest concern has always been making sure that people understand that the Department of Justice works in a way that is independent and looks at everybody equally. And when you do something that gives people a reason to think differently, that’s a problem. It was a problem for me.”