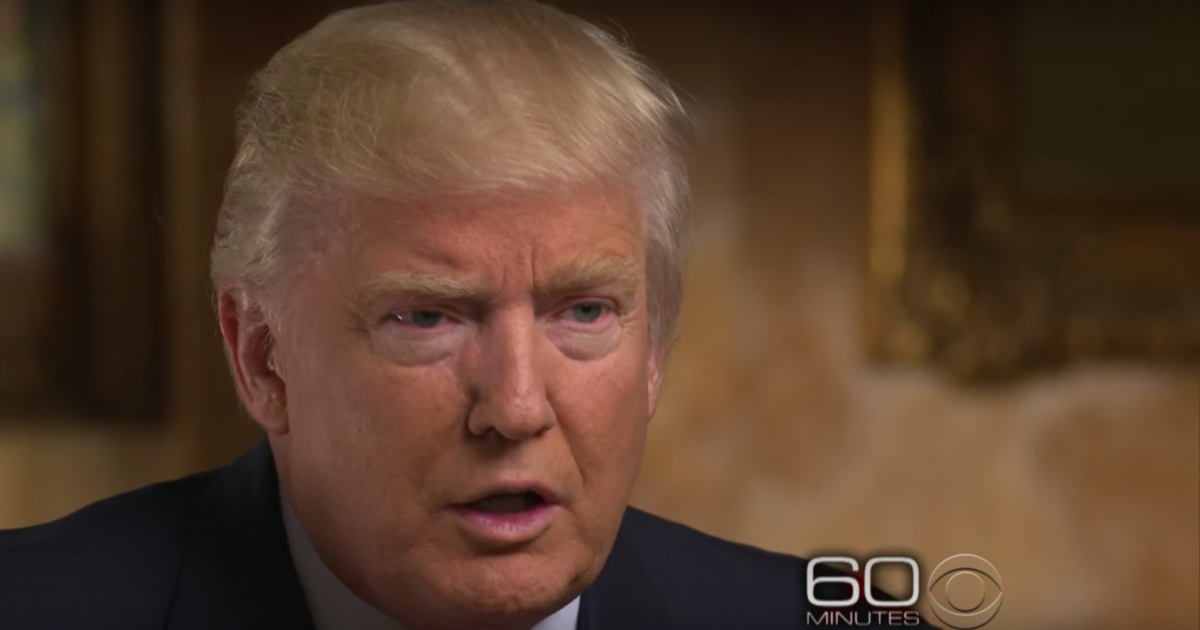 Trump Doubles Down on 60 Minutes

Last night, Donald Trump was interviewed on 60 Minutes where a wide variety of topics were discussed concerning his Presidential campaign and how he views his upcoming Presidential tenure.

He said that focusing on the economy and bringing back jobs were the issues most important to him, but he also had other promises he wanted to fulfill while in office. Commenting on the people that would be deported during his Presidency, Trump said that “what we are going to do is get the people that are criminal and have criminal records, gang members, drug dealers, we have a lot of these people, probably two million, it could be even three million, we are getting them out of our country or we are going to incarcerate.”

He was then asked about the recent protests that have erupted across the United States in protest of his election win over Hillary Clinton, and he used the time to tell Americans to not be afraid. He still maintains that some of those protestors are “professional” as he mentioned in a recent tweet, but he said that people should not “be afraid. We are going to bring our country back. But certainly, don’t be afraid.”

Love the fact that the small groups of protesters last night have passion for our great country. We will all come together and be proud!

In addition, he condemned any attacks being done to minorities by saying that “I am so saddened to hear that. And I say, ‘Stop it.’ If it– if it helps,” he said during the interview, which was taped on Friday. “I will say this, and I will say right to the cameras: Stop it.”

Finally, one of the things that made him stand out from the other Presidential candidates was the way he used social media. His twitter presence was definitely known throughout the campaign season, but he commented that his presence on twitter would be more reserved as President of the United States.
0SHARES
ShareTweet