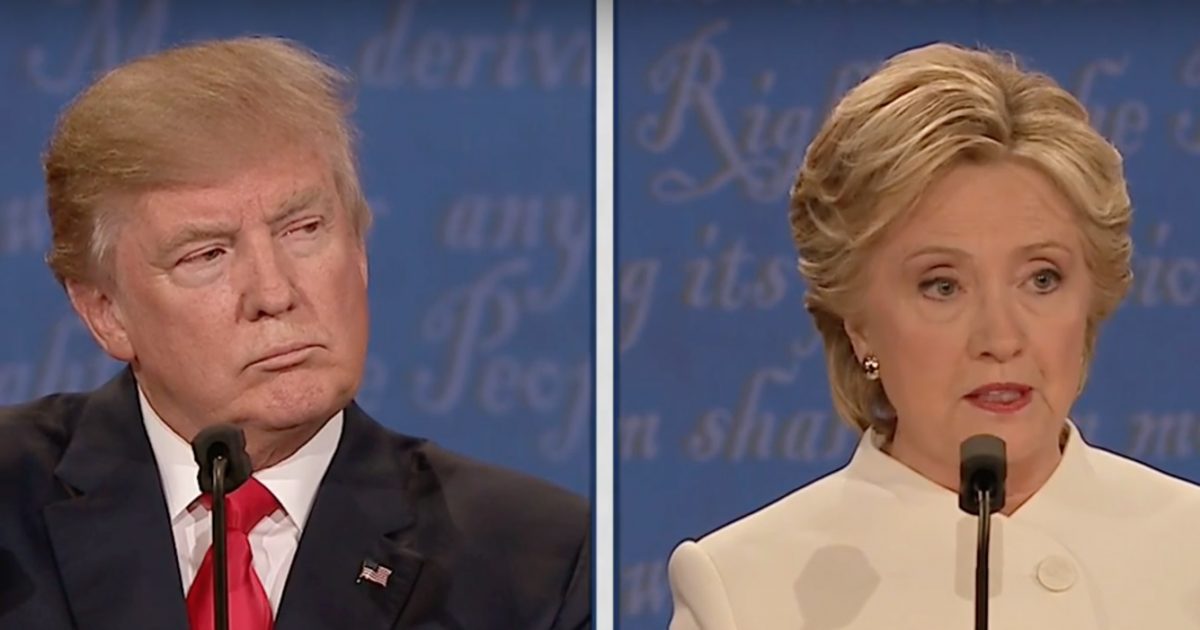 The third and final presidential debate between Republican Donald Trump and Democrat Hillary Clinton lived up to expectations, and voters have a lot more information to help them decide of who they will vote in as president on November 8.

Both Trump and Clinton were on there best game, sounding very prepared and in many cases, answering questions very substantively.

Yes, Donald Trump came prepared even though he did manage to veer off course a bit on a couple of his answers, but that’s ok, he’s “The Donald.”

There were three definitive instances during the debate that stood out above the rest.

The first was Trump refusing to say if he would in fact support election night results. Trump has been saying that the election was “rigged” in favor of Clinton, and that he would let Americans know of his decision when the time came.

On the issue of immigration, Hillary Clinton might have been caught in a big lie. Clinton supports a pathway to citizenship for illegal immigrants, this we all know.

During the debate, Clinton stated that within the first one hundred days of her administration, she would push for comprehensive immigration reform that would include a pathway for those here in the country illegally.

Clinton also denied being for all-out amnesty for illegals, and open borders.

That is when Trump pounced, reminding her that she once stated she was for open borders. Debate moderator, Fox News Anchor Chris Wallace reminded Clinton that during a speech she gave in 2013, where she was paid a $250,0000 speaking fee by Brazilian bank Banco Itau, she had expressed her support for “open borders.”

Here is her complete statement:

“My dream is a hemispheric common market, with open trade and open borders, some time in the future with energy that is as green and sustainable as we can get it, powering growth and opportunity for every person in the hemisphere.”

She says she support open borders, but what exactly did she mean?

This energy statement could have been cover for opining her real views on immigration reform, but again, this up for interpretation.

Regardless, most Americans will take Clinton’s statement as full-on support for open borders as it pertains to immigration.

Then came the issue of the Clinton Foundation and Trump’s potty mouth.

Clinton attacked Trump on the 2005 video, and Trump defended himself, saying that he never attacked a woman, stating that he didn’t’ even apologize to his wife because he did nothing wrong.

Trump then laid into Clinton hard, suggesting that she return all the money the Clinton Foundation took in from Sharia-nations like Saudi Arabia and Qatar.

“It is a criminal enterprise… “Saudi Arabia giving $25 million, Qatar, all of these countries, you check about women and women’s race — these are people that push gays off buildings. They kill women and treat women horribly, and yet you take their money.”

Trump sealed his argument buy stating that the Clinton Foundation was “a disgrace.”

With less than three weeks left until a new president is elected, Clinton leads Trump in just about every poll, but not by much.

Did Trump swing enough undecided voters from voting for Clinton? Or, did Hillary Clinton hold her ground enough to get her over the finish line?