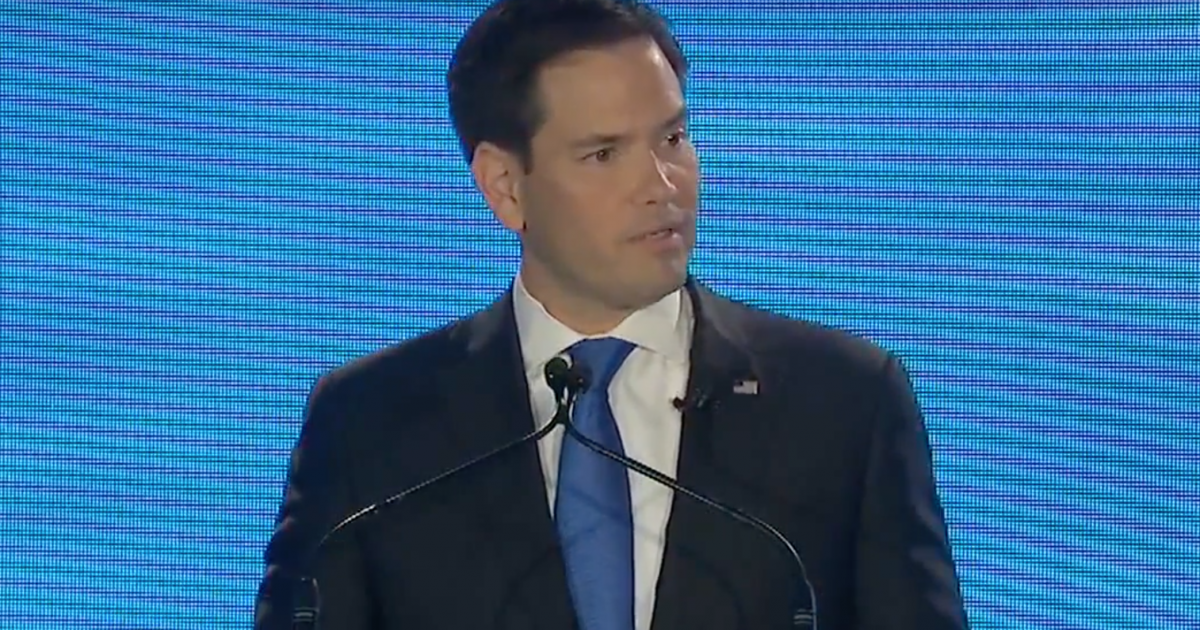 To everyone (except for the entire Democratic Party and Patrick Sr.) who watched Rep. Patrick Murphy (D) take on Senator Marco Rubio (R) in Florida’s first senatorial debate, it was clear that Rubio delivered a spanking to Murphy.

From the very beginning of the debate, Murphy attacked Rubio for his support of the Republican presidential nominee, Donald Trump, calling Trump a “serial abuser.”

Murphy kept pointing out how Rubio has not disavow and pulled his endorsement of  Trump after the Republican presidential nominee’s 2005 hot mice “grab the by the pu**y” statement that was caught on video.

While Murphy has been bashing Rubio for Trump’s questionable choice of words, Murphy forgot that he posed for picture where he is seen purposefully groping a woman’s breast. Rubio reminded Murphy about his past sticky fingers. Click her to see the graphic picture.

What was Murphy’s response to Rubio bringing up the picture?

Again this was the predetermined line of attack against Rubio.

“Marco Rubio tonight couldn’t name a single thing that Donald Trump could do for Rubio to revoke his support of Trump as our commander in chief. After Trump has bragged about sexually assaulting women, violating the Cuban embargo, doubled down on mass deportation of immigrant families, attacked our military, and publicly sided with the Kremlin, Rubio still hasn’t found anything disqualifying about Donald Trump.”-Kevin McAlister

Rubio countered Murphy’s Trump narrative by pointing out that his opponent has never “broken” with Hillary Clinton, citing her ongoing email scandal, her knowledge of the attack against the U.S. consulate in Benghazi, and her support for the Iran Nuclear deal.

Murphy, who supports comprehensive immigration reform, then tried to hit Rubio in immigration by calling him a flip-flopper, saying that Rubio turned his back on immigrants for not pressing forward with his Senate “Gang of 8” immigration bill.

Rubio caught significant flack over his co-sponsored bill that passed in the Senate, but died in the House of Representatives.

Rubio then landed a body blow to Murphy, reminding Murphy that he voted on legislation to restart the  deportation of thousands of illegal immigrants.

Congressman Murphy, speaking of flip-flops, though, three years ago you did vote for a Homeland Security bill that would have opened the door to the deportation of dreamers. So how do you explain your actions then and your words now?

Besides trying to tie Rubio to Trump, Murphy attempted to knock Rubio on his missed votes while campaigning for president, and his voting record in the U.S. Senate.

Rubio came prepared, ripping into Murphy by telling him that he hadn’t accomplished anything substantive while part of minority in the House, adding that his “colleagues” in Congress lacked “trust” in him.

“Your colleagues don’t trust you, you are not effective.”-Sen. Marco Rubio

Rubio also said that he had been part of the minority in the Senate four of the six years he has been in office, and still managed sponsored legislation passed.

To add salt into Murphy’s Democratic wounds, Rubio compared Murphy to Rep. Alan Grayson (D), saying that the self-styled “Congressman with Guts,” who always has something colorful today, has “got more things done in the minority.”

“You have yet to cite one single accomplishment.”-Sen. Rubio to Rep. Murphy

Murphy better call his dad for some debate pointers because the rehearsed tactics he used failed him.