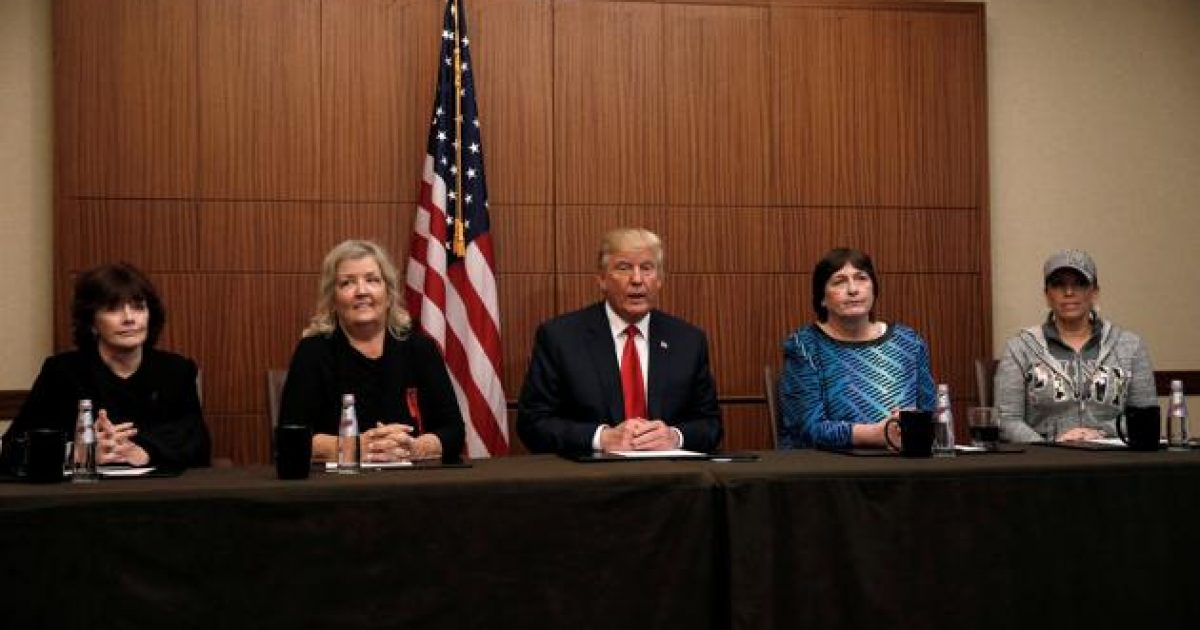 Trump Showed Up Before The Debate With Bill Clinton’s Accusers

Less than two hours before Donald Trump was to debate Hillary Clinton Sunday night, Trump tried to wrest control of the political conservation and shove it toward her husband by living streaming an appearance with three women who have in the past accused former President Bill Clinton of inappropriate sexual behavior.

Trump’s Facebook Live broadcast came just two days after sharp criticism of the Republican nominee by many in his own party after the Washington Post discovered 11 years ago he made lewd and sexual comments towards women that was captured behind the scenes. Some Republicans have called on Trump to abandon his run. Trump has pledged to carry on.

On Sunday evening the Clinton campaign was discussing Trump’s decision to invite the women to the debate. Two aides acknowledged they did not expect it.

We’re not surprised to see Donald Trump continue his destructive race to the bottom.

Hillary Clinton understands the opportunity in this town hall is to talk to voters on stage and in the audience about the issues that matter to them, and this stunt doesn’t change that. If Donald Trump doesn’t see that, that’s his loss. As always, she’s prepared to handle whatever Donald Trump throws her way.

Here is the video of the press conference