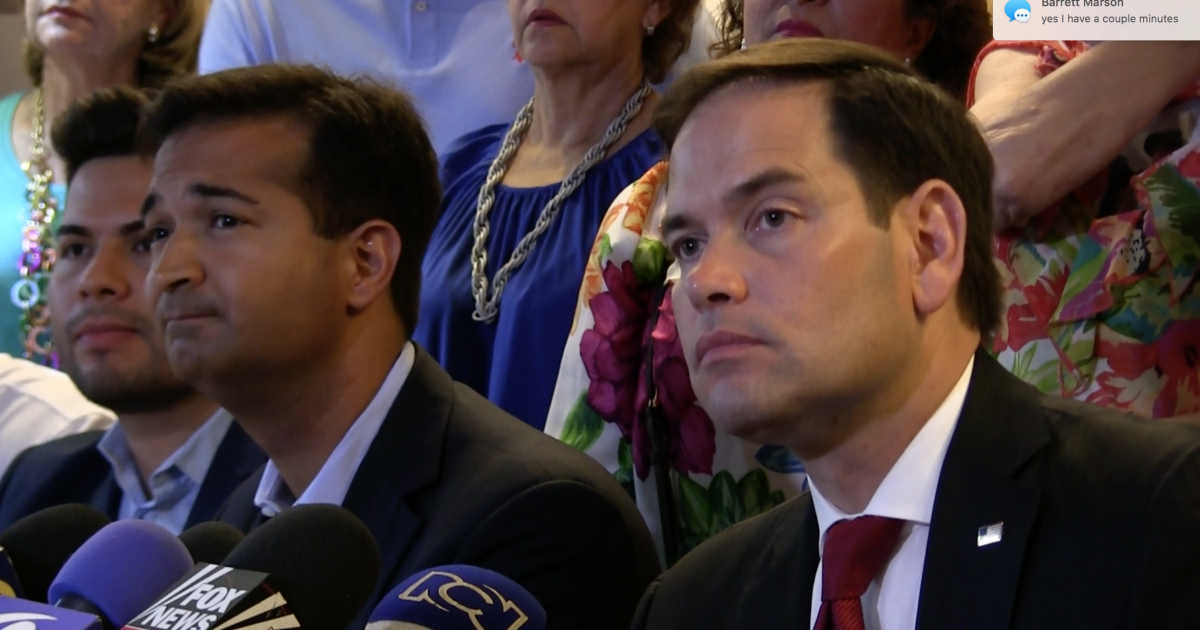 Democratic senatorial candidate Rep. Patrick Murphy came out pounding his chest over the $3.3 million he raised in the latest campaign financial reporting cycle.

$3.3 million is a pretty big haul, but only if your opponent in the race, Senator Marco Rubio (R) didn’t just report that he raised $9.6 million, and another $600,000 from his Rubio Victory Committee.

That is a whole lot of cash to be having to go up against. Murphy’s campaign has already been dealt a blow by the hedge in financial support the Democratic Senatorial Congressional Committee recently made.

The DSCC has cut back the TV dollars they had already set aside for the senate race, leaving onlookers to speculate that the committee sees the writing on the wall, and may be second-guessing Murphy’s chances of winning.

To make things worse for Murphy, Rubio seems to be pulling away in the race. The latest Mason-Dixon poll has Rubio up by 7 percentage points.

“I want to thank voters throughout Florida for their overwhelming support. I’m extremely encouraged to see an outpouring of donations from all over the state and I look forward to continuing to work hard to earn votes across Florida as we approach the election.” – Sen. Marco Rubio