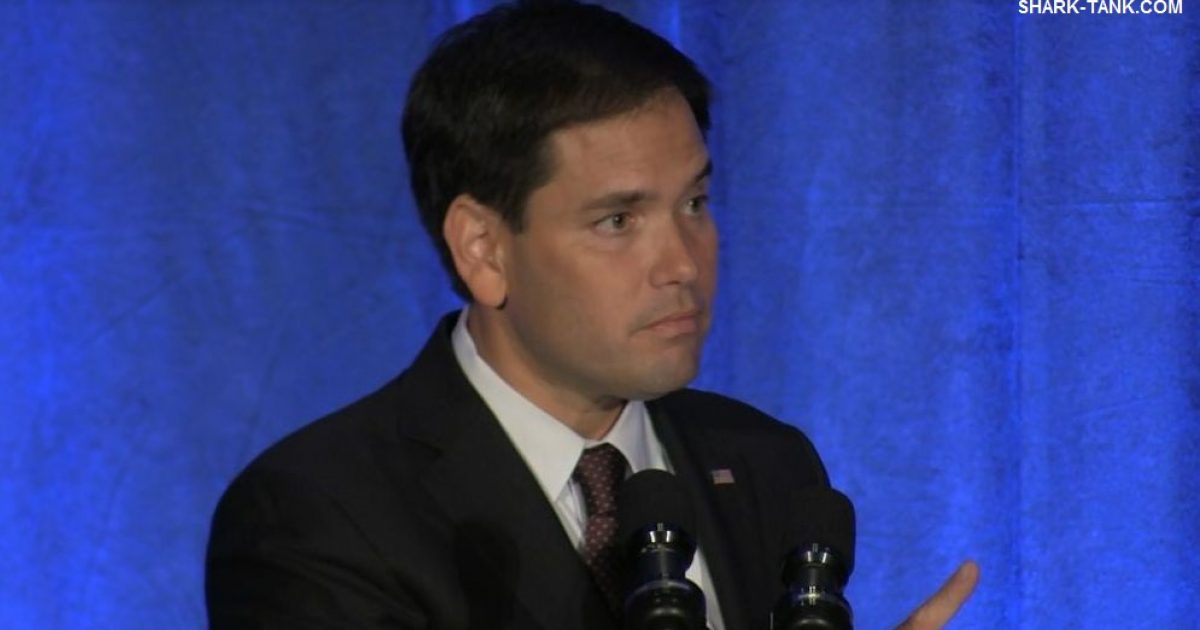 According to the latest Mason-Dixon poll of Florida’s US Senate race, there are exactly five weeks until Senator Marco Rubio wins re-election, and Rep. Patrick Murphy (D) falls off the political map.

The poll now shows Rubio leading Murphy by a margin of 47-40 percent. While Independent voters support Rubio over Murphy 46-38 percent, Murphy leads Rubio among the black community, 77-9, and 44-42 percent among the ladies.

The women voters polled must not have seen Murphy’s latest attack ad against Rubio, or seen the picture of Rubio’s days as a high school Chippendale before giving him the nod.

Murphy’s latest ad “Office” goes after Rubio for missing votes in the US Senate. Fair hit, Rubio did miss a lot of votes while he was running for president earlier this year, but what’s up with that plaid shirt Murphy was wearing in the commercial?

That shirt alone should disqualify him from the race!

Actually, Rubio once wore a similar shirt to an event in Gainesville back during the 2010 Senate race.

We summarily clowned on Rubio for buying the shirt, which his wife said she didn’t approve of once she learned he had worn it.

Most Americans can agree with Murphy about protecting Social Security and the economy, but not on the issue of being pro-Choice.

But while supporting a woman’s right to choose is sink his campaign, Murphy’s support for President Obama’s agenda will.

Murphy latest remarks about his support of the Iran Nuclear deal could help drive in that last nail in his political coffin.

‘This deal with Iran is something I studied. I believe that the number one most important thing that we do is ensure Iran never has access to a nuclear weapon. That’s what we have to focus on. We have to make sure that we are continuing to enforce this deal, but then add new sanctions for human rights violations for the funding of terrorism.’-Rep. Patrick Murphy

Again, if the election was held today, Murphy would lose just on the plaid shirt alone. The election is on November 8, and from the looks of it, Rubio should win.