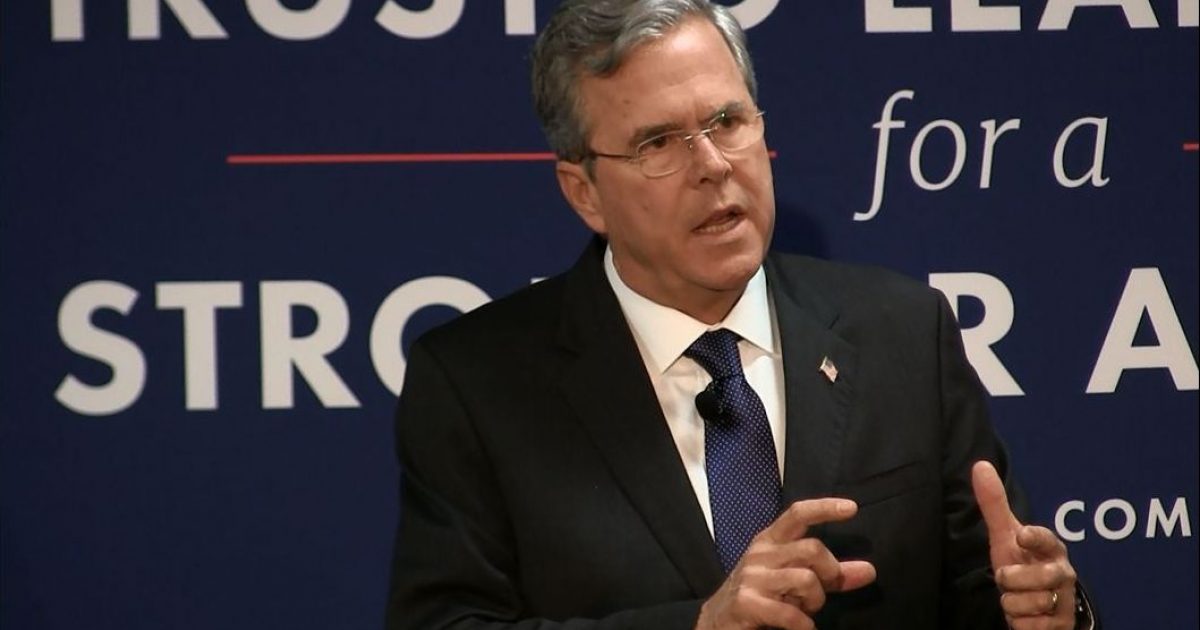 Would you believe me if I told you that Jeb Bush has endorsed GOP presidential nominee Donald Trump?

Yeah, I would find it hard to believe, considering all of the barbs that the two men have thrown at each other this past primary election cycle.

With that said, could a Jeb Bush endorsement be right around the corner?

But don’t tell that to George P. Bush, eldest son to Jeb and Texas’ land commissioner, who has taken a leap of political faith and endorsed Trump.

“From Team Bush, it’s a bitter pill to swallow, but you know what? You get back up and you help the man that won, and you make sure that we stop Hillary Clinton.”-George P. Bush

Could George P’s endorsement of Trump help to soften tensions between his pop and Trump?

There is just too much bad blood between these two guys, but I have seen stranger things happen in politics.

Is Jeb Bush, Jr. next to endorse?