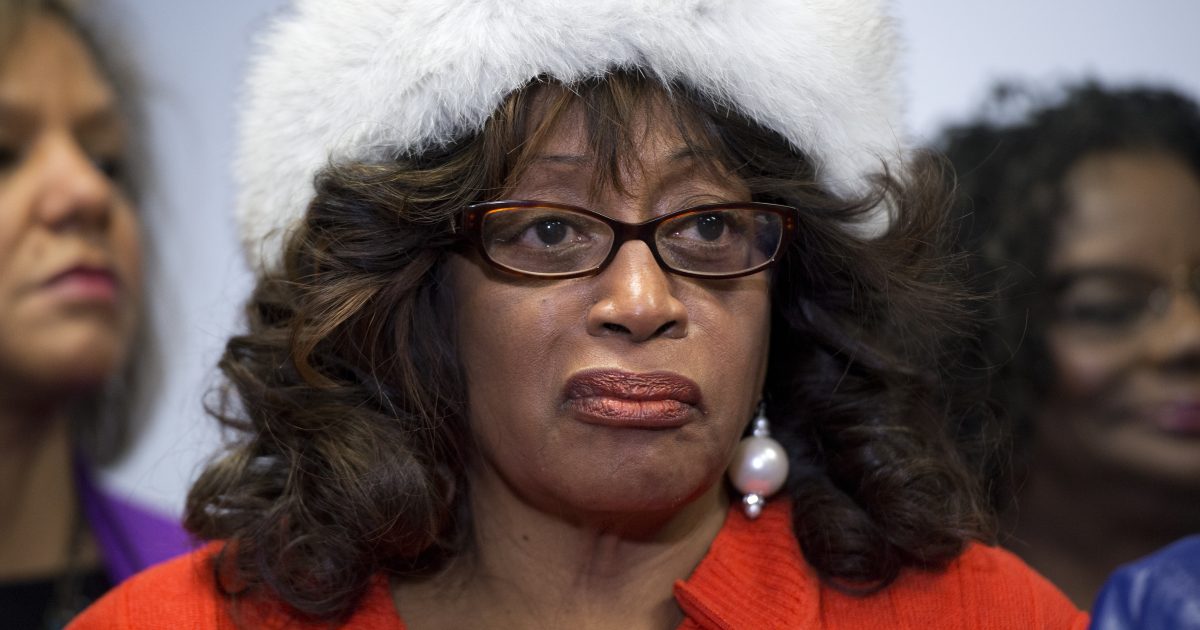 “Not only is it political, its racially motivated.”

That is was Democratic Congresswoman Corrine Brown told reporters when asked about the federal indictment she was served with regarding charges of her possible involvement with a non-registered Virginia charity.

Brown was confronted by reporters at Jacksonville International Airport as she deboarded her plane. Brown missed votes in order to be able to fly home to face a federal magistrate judge today at 1:30pm

The indictments are sealed, and details are sketchy, but may stem from Brown’s involvement in a group called “One Door for Education,” which advertised itself as a charity, but was never a registered nonprofit. One Door’s president Carla Wiley entered a guilty plea of Conspiracy to Commit Wire Fraud charges in early March (see below).

Brown’s Jacksonville based attorney Bill Sheppard tells First Coast News he is “not at liberty to say” anything about an indictment. Sheppard says he will not have any comment until indictments are unsealed.

That plea appeared to implicate Brown, then identified only as “Person A,” alleging she benefited personally from funds raised by One Door. The documents described “Person A” as a public official who was often used in promotional materials for the group. Brown’s photo appeared on the website for the group before it was taken down.

The documents suggest more than $150,000 raised by One Door was used not for charitable purposes, but political events, travel and hotels.

Wiley has promised cooperation with federal authorities as part of the plea deal. Brown has remained tight-lipped about her role in the investigation and has not responded to our calls about the indictment.

Reporting by the Florida Times-Union found that Brown raised money for One Door as part of a 2013 golf tournament where sponsorship levels reached as high as $20,000. The newspaper reported that One Door was based out of a single-family home in Virginia, and that the group received money from “political action committees, lobbyists, and foundations run by people around Brown.”