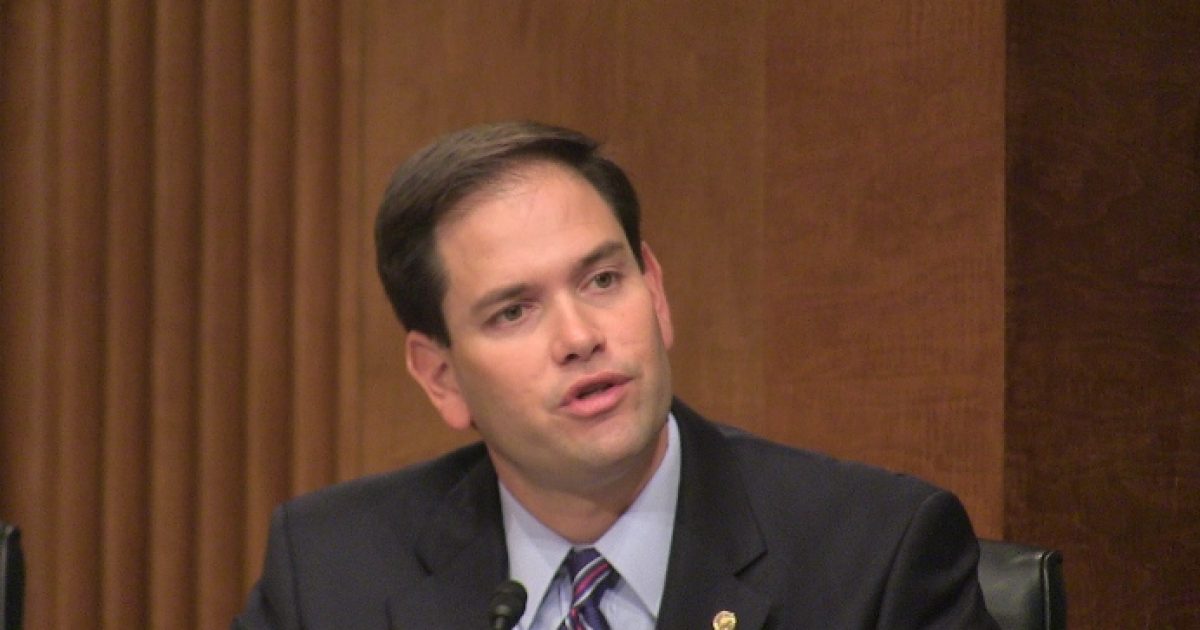 As some of us suspected he would do, Senator Marco Rubio has announced that he would be running for re-election to the U.S. Senate. Rubio has stated that he wouldn’t, but considering how the GOP may lose control of the Senate, “The American Son” was not about let his seat be the deciding factor in a possible Democratic Party Senate coup de’ etat this November.

In a statement that was posted on his website, Rubio explains why he decided to run for the Senate, and takes the opportunity to take some shots at both presumptive presidential nominees, Hillary Clinton and Donald Trump.

There’s also something else. No matter who is elected president, there is reason for worry.

The prospect of a Trump presidency is also worrisome to me. It is no secret that I have significant disagreements with Donald Trump. His positions on many key issues are still unknown. And some of his statements, especially about women and minorities, I find not just offensive but unacceptable. If he is elected, we will need Senators willing to encourage him in the right direction, and if necessary, stand up to him. I’ve proven a willingness to do both…”-Marco Rubio

The political musical chair game in Florida will once again be played. Rubio’s prior announcement that he would not seek re-election to the Senate caused a huge vacuum through out the state. Now that Rubio is running for the Senate, Rep. Ron DeSantis (R) will be dropping out of the Senate race and look to run for re-election to the U.S. House of Representatives in either his current seat, or the soon-to-be-vacated seat Rep. Ander Crenshaw (R) holds.

That’s a pretty good margin, so why not run for re-election?

Rubio will have to address his re-election reversal, his past support then change of mind on immigration reform, and his not-so-supportive views of presumptive Republican presidential nominee Donald Trump.

At the end of the day, Rubio’s decision to run for reelection could turn out to be a silver lining for undercard Republicans running for elected office.

Rubio will help push Republicans to the polls.

Expect Rubio and Trump to make nice, a move that will help GOP efforts to win the state in the general election.

Advantage: Republicans, that would include Donald Trump