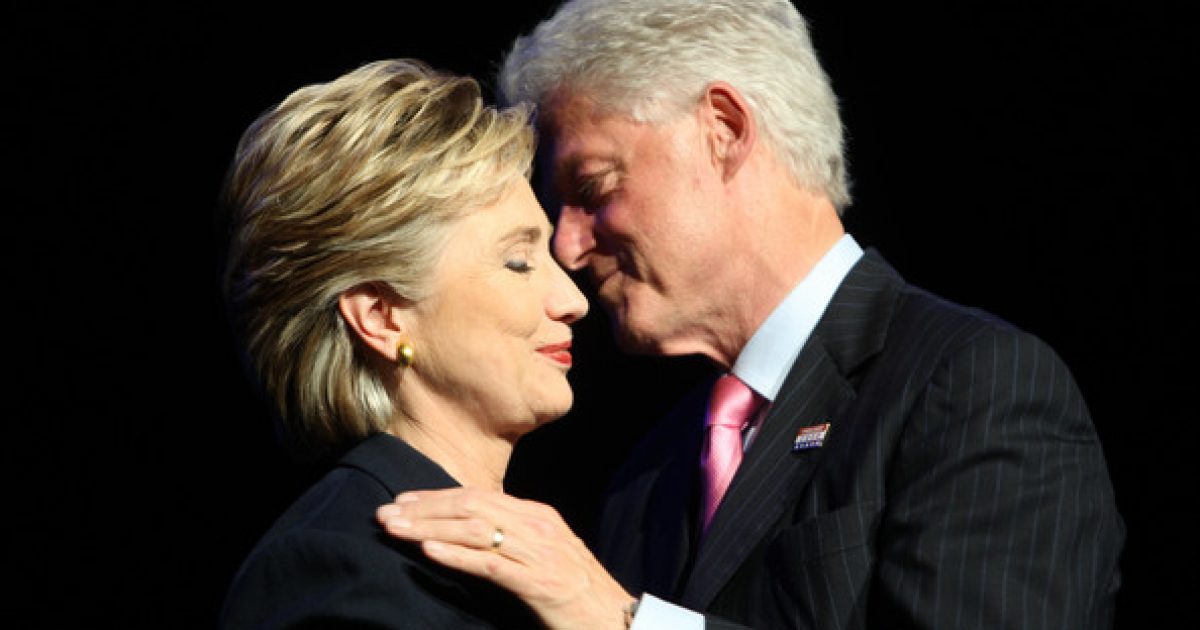 Yes, she needs Bubba to fix the economy that President Obama and her fellow Democrats  contend is in such great shape.

My husband, who I am going to put in charge of revitalizing the economy, because he knows how to do it.-Hillary Clinton

Trump pointed out that under his watch, Bill Clinton signed NAFTA, one of the “worst trade deals ever made,” adding that Hillary Clinton backs TPP, which he believes will be worse than NAFTA.

Oh, and for good measure, host Steve Doocy mentioned that Time Magazine listed Bill Clinton as one of the 25 people to blame for the country’s economic woes.

Doocy then asked Trump if he thought Hillary was only thrusting her husband into the limelight because Americans seem to like him more than her, prompting Trump to snipe at her, stating that she probably “wants him around the White House so she can keep her eyes on him.