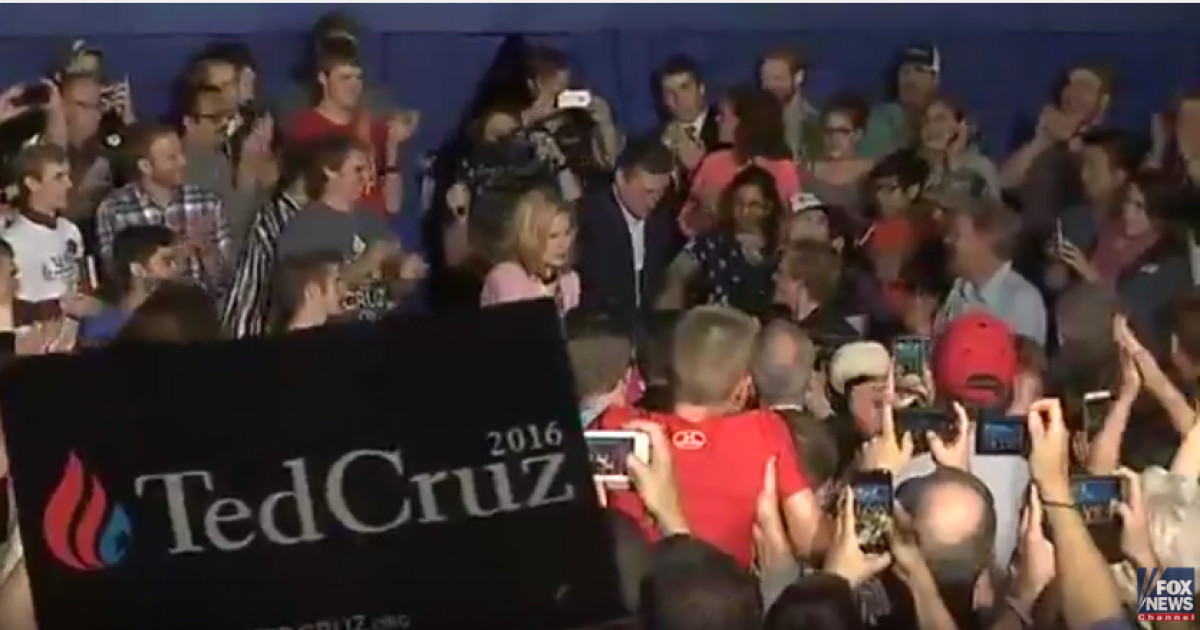 During a Ted Cruz event the former Hewlett Packard CEO took a big tumble off the stage during a rally in Indiana and Sunday. It happened just moments after Fiorina introduced Cruz and his family.

Cruz apparently did not notice her fall but Heidi Cruz quickly tried to help her.

Cruz’s spokeswoman Catherine Frazier said Fiorina missed a step but was not injured.