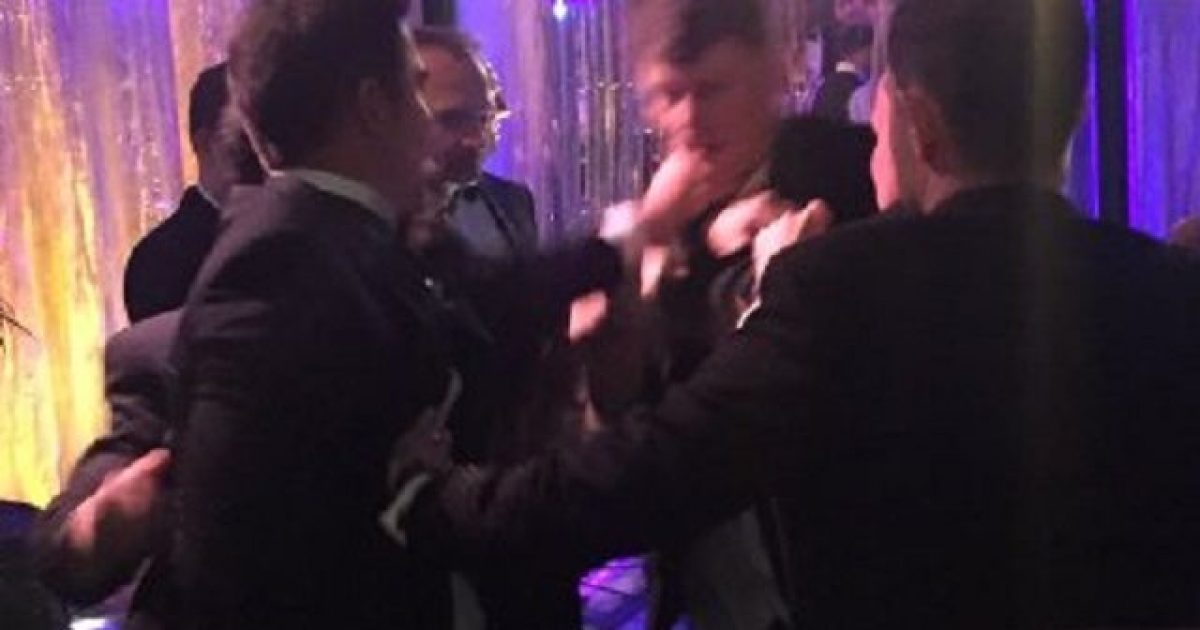 The fight was unusual among a tuxedo-clad crowd.

This is how it went down as reported by Breitbart News, Grim and Watters were among a group located in a heated tent outside the main party area. They don’t have a personal relationship but Grim realized who Watters was and recalled a problem he had with the “O’Reilly Factor” correspondent that dated all the way back to 2009. Watters known as an “ambush journalist” engineered an on-camera confrontation with Amanda Terkel who is now a Huffington Post colleague of Grim.

Grim decided to give Watters a taste of his own medicine by whipping out his camera phone and filming him. Watters snatched the phone away from Grim and put it in his pocket. Grim went to receive it and a fight ensued.

The two flipped over a table and bumped into several people.