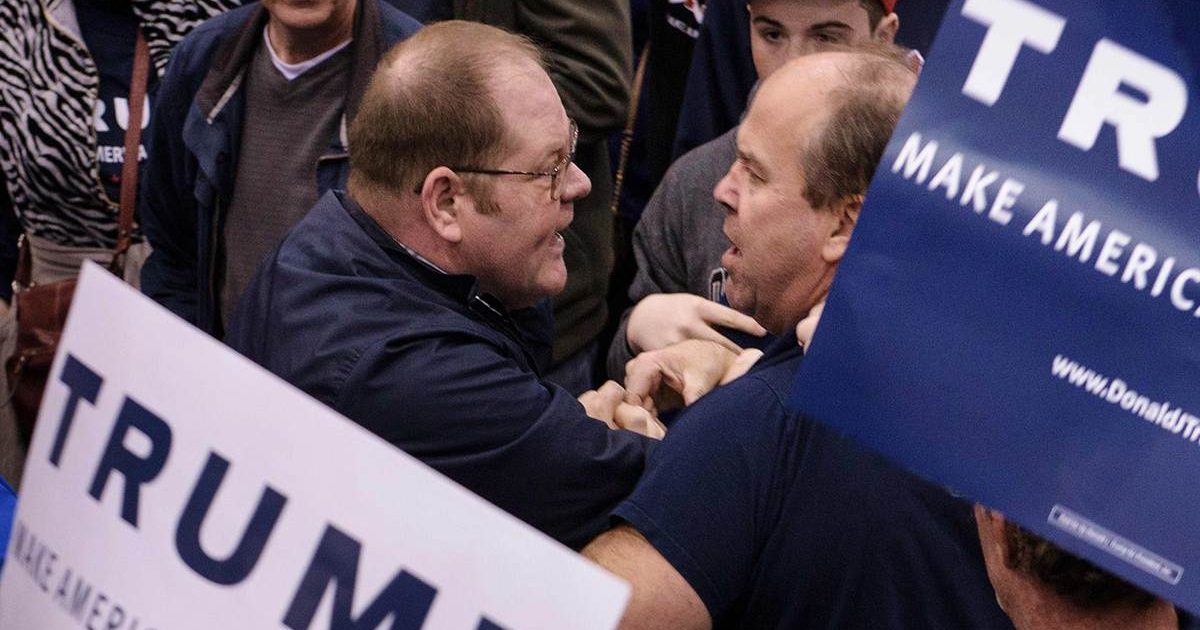 Presidential candidate Ted Cruz stated that fellow candidate Donald Trump’s campaign has a “consistent pattern of violence, and threatening violence” and “Donald is behaving like a mobster. His campaign is behaving like Democratic union thugs” on Tuesday’s Sean Hannity Show.

I am very troubled at the Trump campaign’s consistent pattern of inciting violence, and threatening violence. Just today, I spoke to the Chairman of the Colorado Republican Party [Steve House], the Trump supporters put out his phone number, put out his address. He’s been receiving death threats. They’re telling people to come to his house with guns, because the Trump campaign is so unhappy that they lost the election.

And it’s a systematic Trump strategy. Roger Stone, who has been Trump’s chief political advisor, threatened at the convention, he said, we’re going to make public, the hotel rooms of any delegates who cross Donald, threatening violence.” Cruz further stated Stone “is pulling the strings on Donald Trump. He planned the Trump campaign, and he is Trump’s henchman and dirty trickster. And this pattern, Donald keeps associating himself with people who encourage violence. Donald himself, at his rallies, if a protestor stands up, Donald has told the people there, punch them in the face. We should not be inciting violence. Donald is not Michael Corleone. And I think it is wrong to be threatening delegates, to be threatening voters with physical violence. We are campaigning to work for the voters, not trying to scare them and intimidate them with threats of violence.