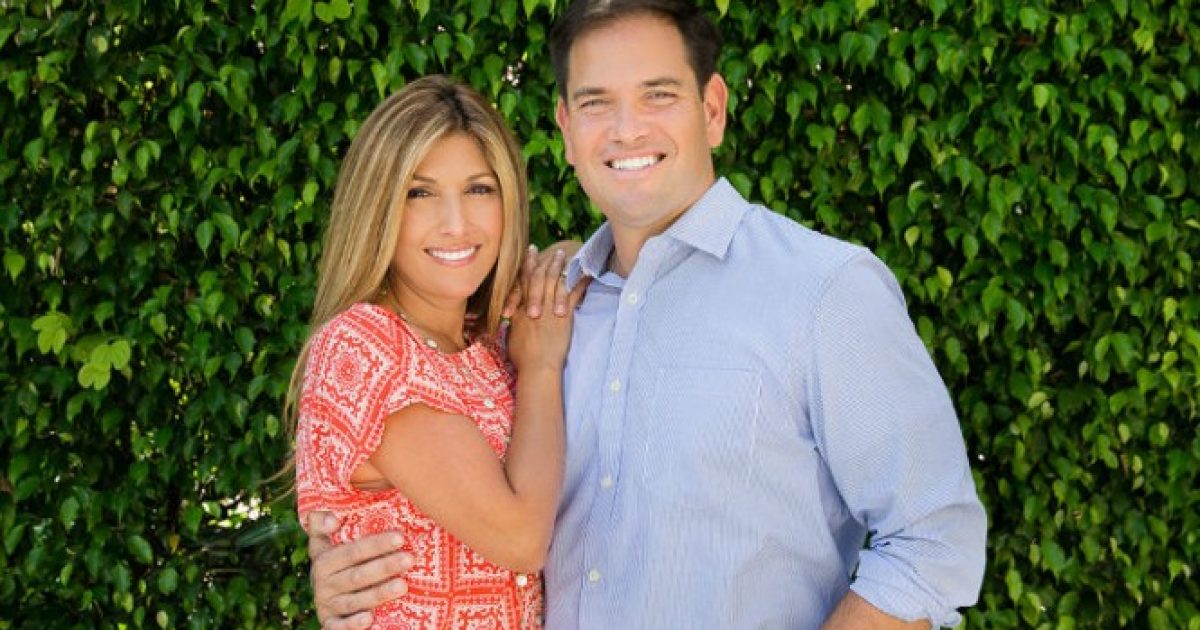 After dropping out of the 2016 Republican presidential primary race, you would think that Senator Marco Rubio would lay low and take some time off to be with his friends and family, right?

Rubio (pictured with his better half, Jeanette) has been somewhat quite, and has been spending time with the familia, but he has a job as a sitting U.S. Senator, and off to work he goes.

According to the POLITICO, Rubio has spotted alone on a American Airlines flight from Miami to Washington, D.C. carrying nothing but a briefcase and sitting in coach.

Per the source that was probably on the same flight as Rubio, Rubio was waiting for an upgrade to first class, but didn’t receive it, even though he has Executive Platinum status with the airline.

Having Executive Platinum status means that you have tons of frequent flyer miles accumulated, and are afforded big perks for flying so much with American Airlines.

I know this because I used to be Platinum with American and I reaped the perks-upgrades, boarding preferences, access to exclusive VIP airport lounges,etc.

Rubio is back to work in Washington, and will surely stay vocal in the ongoing 2016 election cycle.

Sorry folks, but all of you who think that his political goose is cooked are dead wrong.

I expect Rubio to lay off the Krispy Kreme donuts (highly doubt he will), shake off his recent campaign loss and once again rise to the top of this political game we all talk about and play.