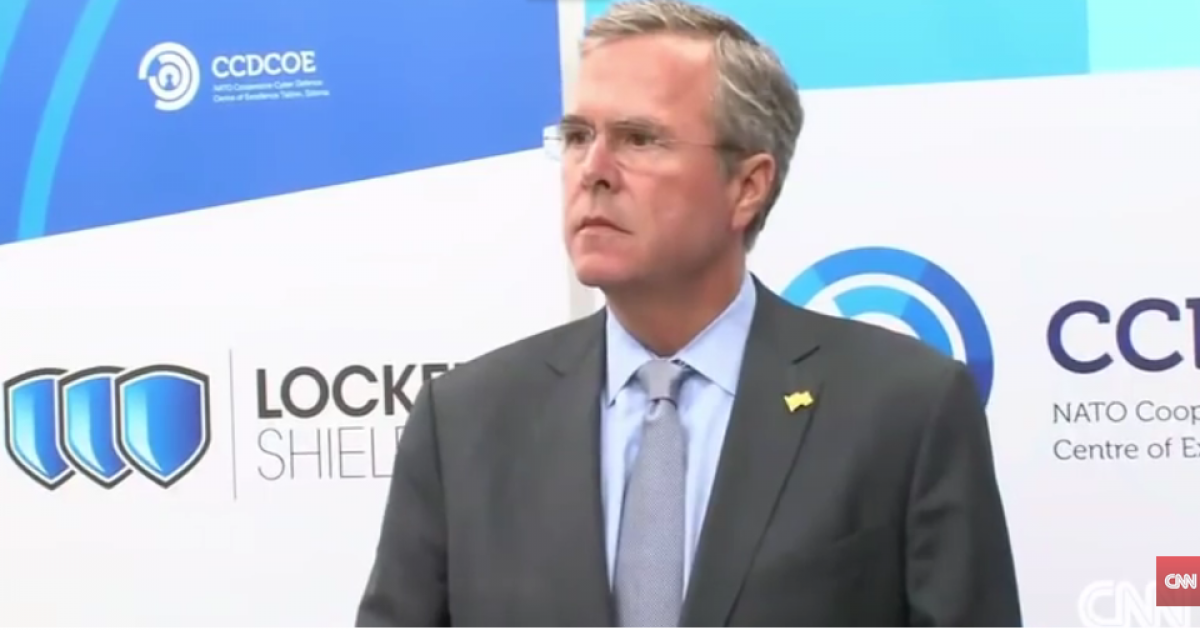 Coming off an embarrassing defeat in the Republican presidential primary race, where he was expected run away with the nomination, Jeb Bush has bounced back and has rejoined the lucrative speaker’s circuit.

Bush rejoined the Washington Speakers Bureau, where it is reported that he earned $10 million pesos (actually, they were dollars) between 2007 and 2014.

Here is what the Washington Speakers Bureau said about Bush:

“Jeb Bush is a unifying leader who brings civility to the discussion of bi-partisan viewpoints while addressing the key issues facing each audience he meets. Whether leading transformation efforts on issues of importance like education, healthcare and immigration, or managing crisis response to the eight hurricanes that hit Florida during his time in office, Bush understands how organizations can literally be blown apart by the winds of change. Bush is one of America’s most experienced reformers who led change by inspiring citizens, businesspeople and policy makers. Before running for the Republican presidential nomination in June of 2015, he served as the head of a consulting company whose clients range from technology start-ups to Fortune 500 companies. He offers comprehensive strategies to overcome difficulties by remaining focused on what matters most.

“An articulate student of policy, Bush dissects the current political climate by offering fresh insights on the hot-button issues in the news. Bush demonstrated his unwavering commitment to forging a better future for America, when he served as Chairman, Foundation for Excellence in Education, which focuses on transforming and providing an education system that maximizes every student’s potential for learning and prepares all students for success in the 21st century; and as Chairman, The National Constitution Center, America’s first and only nonpartisan, nonprofit institution devoted to the U.S. Constitution, its ideals and its legacy of active citizenship. He is the co-author of Immigration Wars: Forging an American Solution (March, 2013), and the author of Reply All (October, 2015).”-TB Times