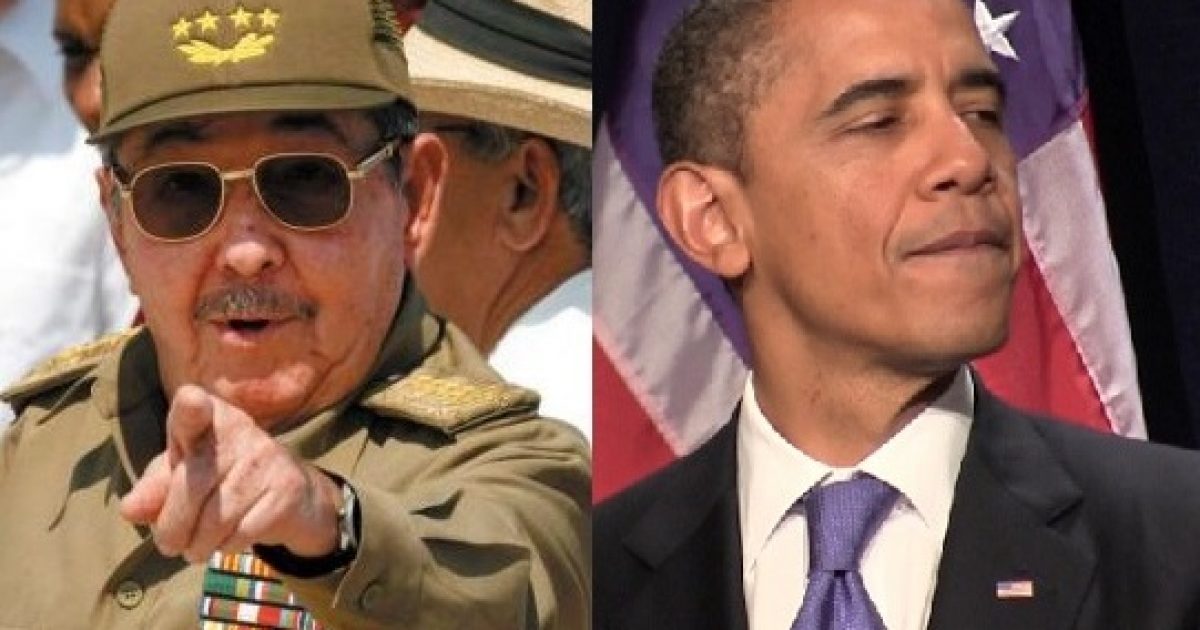 The big news this weekend was President Obama’s visit to Fidel and Raul Castro’s communist island of Cuba.

That’s right, Obama has become the first sitting U.S. President to visit the country since Fidel Castro took power in 1959 and began his decades-long human rights violating campaign against the Cuban people.

Just because the rest of the world is trading with Communist Cuba and condoning the Castro’s oppressive and murderous ways, America should be the exception, and stand for liberty and freedom for all.

Why that statement makes perfectly good sense to many Americans, there are those foreigners and Americans that believe that the suffering the Cuban people have endured has been caused by the U.S. embargo to that nation, and not by the Castro regime.

We all know where the Senators Marco Rubio (R), Ted Cruz (R), Bob Menendez (D), and the rest of the Cuban-American congressional delegation in the U.S. Congress stand with respect to lifting any restrictions against Castro’s Cuba.

Because Florida is home for the largest Cuban exile community in the world, any and all politicians looking to run and win elected office in South Florida, or statewide, must have a position on U.S.-Cuba relations.

The Senate race to replace outgoing U.S. Senator Marco Rubio is heating up, and the Republican senatorial candidates have weighed in whether or not to lift the U.S. embargo.

Lt. Governor Carlos Lopez-Cantera and Reps. Ron DeSantis and David Jolly, all oppose any lifting or modification to the existing embargo.

Homebuilder Carlos Beruff and former CIA officer Todd Wilcox, both are in favor of lifting the embargo if the right concessions or “modifications” to the embargo are made.

“If we could negotiate a deal that makes sense then it would be time get rid of the embargo.”-Carlos Beruff (source)

Should the U.S. consider scraping the embargo against Cuba?