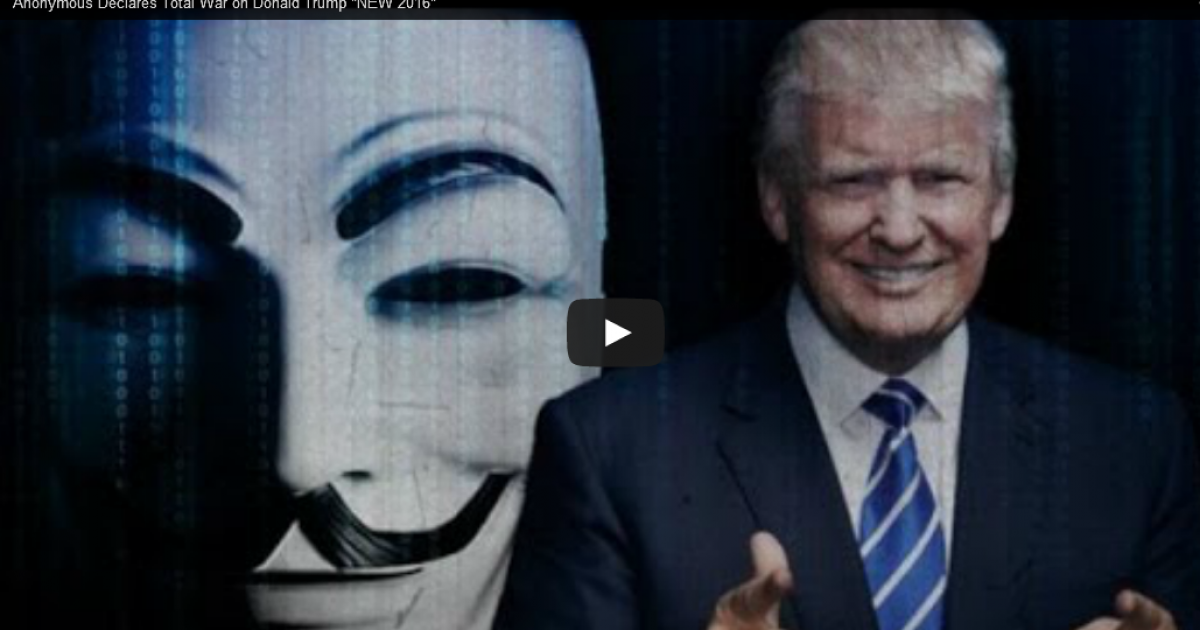 The hacker group “Anonymous” has declared “total war” on Donald Trump. They asked hackers to target the Trump on April Fool’s Day as reported by Fortune and Newsweek.

Anonymous put out a video with a hood figure wearing a Guy Fawkes mask. The hooded figure said:

Dear Donald Trump, we have been watching you for a long time and what we see is deeply disturbing.

Then they play clips of things Trump has said and done on the campaign trail.

The speaker says the candidate has “shocked the entire planet” and stated they need him to “shut down his website.”

They also pledged to “research and expose what he doesn’t want the public to know” and to “dismantle his campaign and sabatoge his brand.”