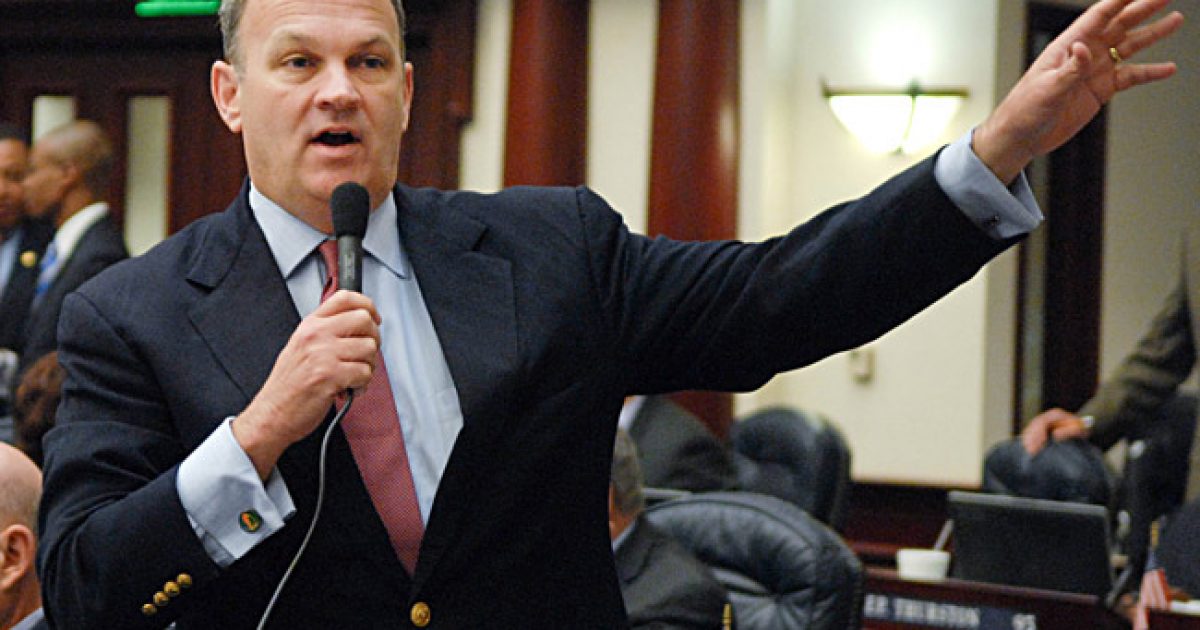 It was the Florida chapter of American’s for Prosperity (AFP) that first called the proposed $250 million taxpayer jobs fund  for Enterprise Florida to lure outside businesses to Florida “corporate welfare.”

Now state House Republicans, including incoming appropriations chairman and then next Speaker of the Florida House, Richard Corcoran (R), who are embracing the term.

According to Times/Herald reporter John Kennedy, Corcoran “nodded approvingly” of the use of the term “corporate welfare” during a recent sit down interview.

More from the Times/Herald:

Corcoran held up four fingers to make his point that spending tax money to attract jobs does not work. What businesses want, he said, are a strong regulatory environment, a good tax environment, quality schools and good infrastructure, period, and that incentives are a waste of money. “It’s government engineering the marketplace,” Corcoran said. “It absolutely is a distortion of free markets.”

Earlier this week, AFP and Enterprise Florida CEO Bill Johnson sparred in the media after Johnson took issue with AFP’s assertion that the $250 million was in fact “corporate welfare.”

Here is what Johnson said about AFP, and what AFP countered him with:

“Yesterday, Americans for Prosperity (AFP) launched an ad to oppose the new $250 million Florida Enterprise Fund, citing it as ‘corporate welfare.’  However, Governor Scott’s proposal would support Florida’s efforts to win competitive projects with a guaranteed return on investment to ensure taxpayer dollars are protected while helping grow jobs in our state,” Johnson said. “This fund would only invest state dollars in companies when they meet their job creation and capital investment requirements, while allowing Florida to compete with other states for major job creation projects.

“According to recent news reports, Koch Industries (No. 2 on Forbes America’s Largest Private Companies list), which funds AFP, has benefited from $196 million worth of inventive money from various governments,” Johnson added. “ In addition, Koch Industries’ own spokesperson said in response to taking advantage of tax incentives that they ‘will not put ourselves and our employees at a competitive disadvantage in the current marketplace’ by declining incentive funds.

“Koch Industries is willing to use taxpayer money to benefit their business, but opposing the Florida Enterprise Fund means they will not let small and growing businesses in Florida access incentive dollars,” Johnson concluded. “AFP should immediately suspend their campaign against the Florida Enterprise Fund, which would help small and growing businesses create jobs for everyday Floridians — not just corporate giants.  What’s good for the goose is good for the gander.”

AFP’s Hudson has something to say about this, as he usually does.

“Newsflash, AFP is not Koch Industries. And spreading any amount of misinformation to that point, doesn’t change the fact that AFP is composed of thousands of hardworking Americans who have tasked us with putting an end to the crony corporate welfare spending sprees that lawmakers have doled out for far too long. AFP has a long and consistent history of opposing all forms of corporate welfare, no matter what companies or industries benefit.