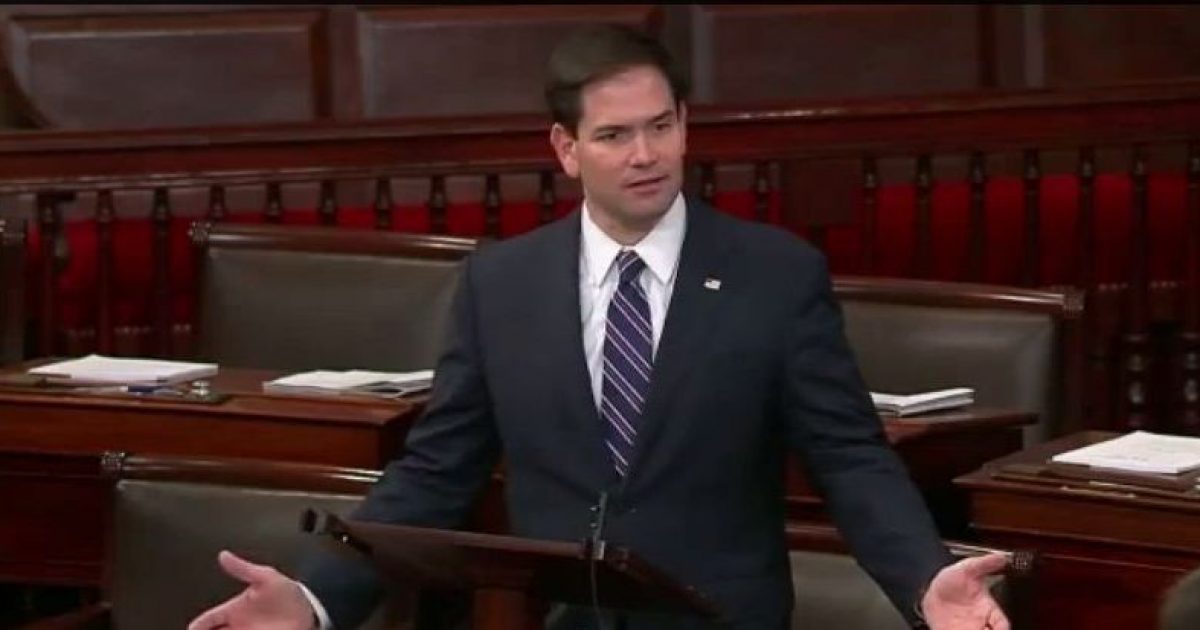 Donald Trump is the frontrunner in the 2016 Republican presidential primary race, and he will attack anyone who threatens his lead, including Senator Marco Rubio, whose eligibility is now being questioned by “The Donald.”

That’s right. Trump first questioned Ted Cruz’s eligibility because he was born in Canada, and now it’s Rubio, whose parents were born in Cuba, and were not U.S. citizens at the time of his birth.

Trump may have a case against Rubio.

If you believe that the Peoples Republic of Miami is another country (it sure seems like it is), then Rubio is also a foreigner.

Here is what Trump said in ABC’s “The Week”:

“This is a pattern…This is a game he plays. He says something that’s edgy and outrageous and then the media flocks and covers that. And then no one else can get any coverage on anything else.

“And that worked where there were 15 people running for president. It’s not going to work anymore. I’m going to spend zero time on his interpretation of the Constitution with regards to eligibility.”

Those who live in Florida will tell you that traveling to Miami-Dade county, where Rubio was born, is like going to another country. I can’t argue with that.

If you are planning on visiting Miami, make sure you pack a English-Spanish dictionary. Dale!