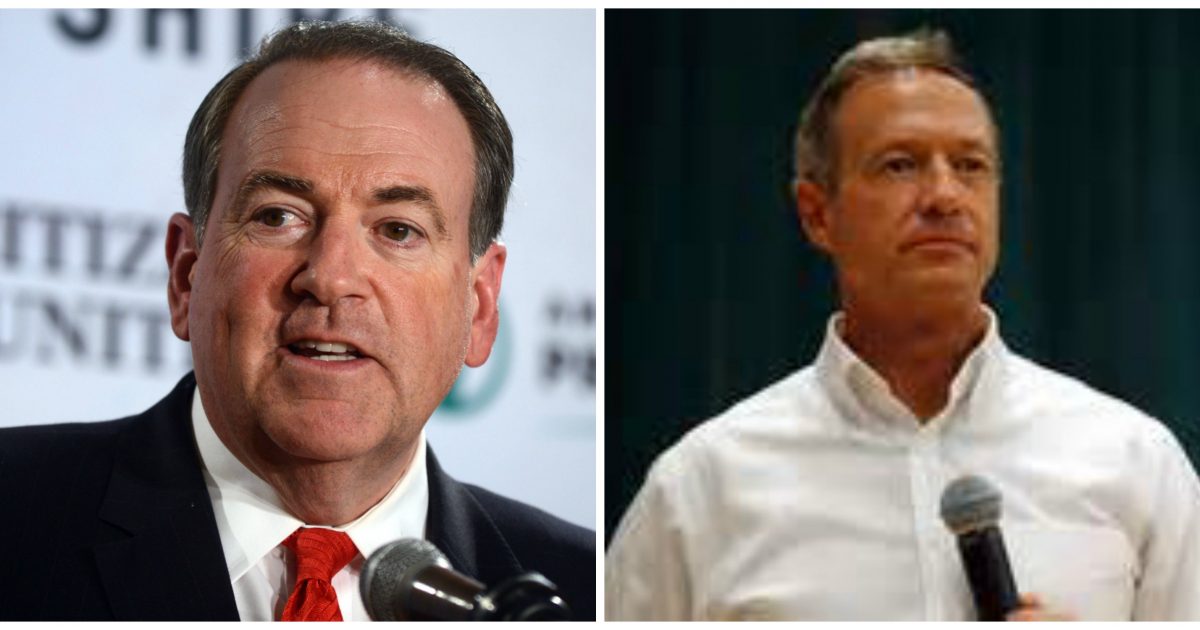 I am officially suspending my campaign. Thank you for all your loyal support. #ImWithHucK

After only receiving 2 percent of the vote in Iowa he decided it was time to drop out. He joked and said he was dropping out due to sickness, he realized the voters were sick of him.

O’Malley dropped out citing the fact his campaign never gained traction with voters.

In an email to his supporters he said:

Together we all stood up for working people, for new Americans, for the future of the earth and the safety of our children. We put these issues in at the front of our party’s agenda — theses are the issues that serve the best interests of our nation.

On the democratic side only Bernie Sanders and Hillary Clinton are left in the race.

On the republican side, former Florida governor Jeb Bush, New Jersey governor Chris Christie and retired neurosurgeon Ben Carson are all betting on New Hampshire. They need a win or it is very likely they will be ending their campaigns as well.