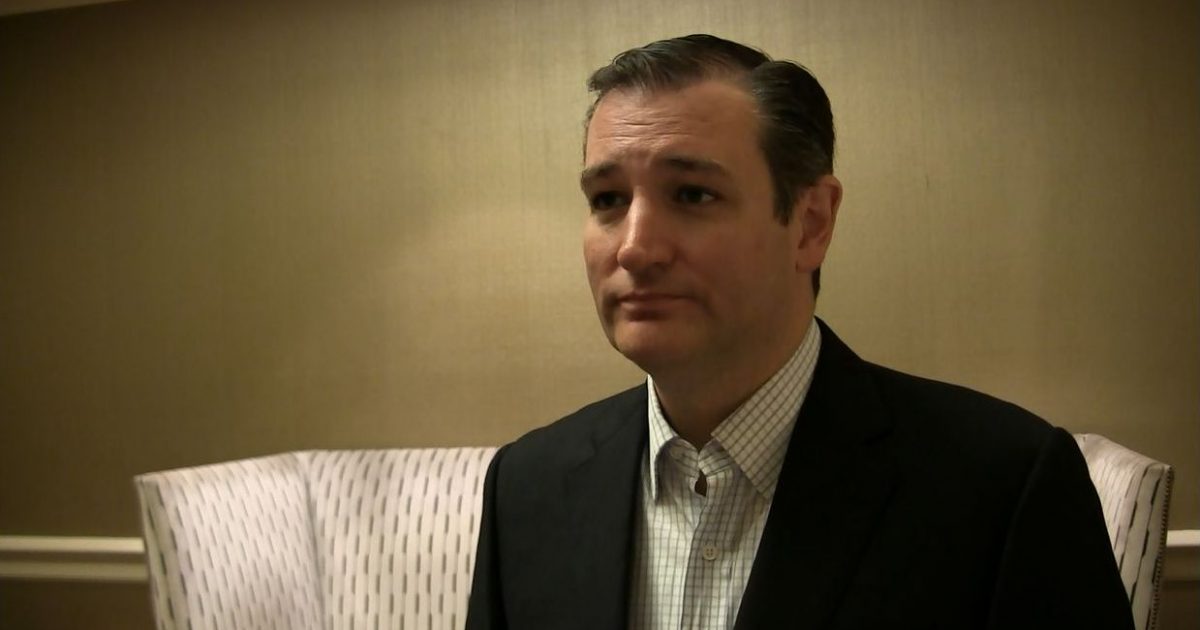 Cruz and Rubio Wrestle Over Who Is Tougher On Terrorism

With radical Islam continuing to reek death and destruction around the world, and as ISIS sympathizers ramp up their cowardly acts of terror,  the one political issue that will define the 2016 presidential race will undoubtedly be foreign policy.

A recent Fox News presidential poll shows that the overwhelming majority of Americans polled believe that Donald Trump would keep the country the safest, followed by Ted Cruz and Marco Rubio, who are arguably two of the most hawkish foreign policy Senators in the Senate.

Cruz and Rubio are locked in a heated fight for second place in the hotly contested 2016 Republican presidential primary race, and have begun to attack one another in hopes to best position their campaigns atop the field of GOP candidates.

Rubio has accused Cruz of voting to “weaken” U.S. intelligence for his “Yes” vote on legislation to end bulk data collection programs.

Cruz has countered Rubio’s attack by pointing out that Rubio backed the failed Obama/Clinton foreign policy and “emphatically supported Hillary Clinton in toppling Qaddafi in Libya,” a move that destabilized the country, and allowed radical Islamist to gain strength, which  lead to the attack at the U.S. consulate in Benghazi that resulted in the killings of four Americans.

Cruz has also leveled another stinging blow to Rubio’s presidential candidacy by pointing out that Rubio once again embraced the Obama political agenda when he “hugged” the president’s illegal immigration  initiative when he  cosponsoring and supported of the pro-amnesty for illegal immigrant Senate “Gang of Eight” bill.

Both Cruz and Rubio are as conservative as they get-there isn’t much daylight that gets through their respective conservative bona fides.

But as we continue to focus on foreign policy and national security, it is important to point out who the main players are that are tasked with keeping us safe.

The world has seen how President Obama’s foreign policy has been nothing more “weak and ineffectual,” and how both of this Secretary’s of State, Hillary Clinton and John Kerry, have failed Americans by pushing Obama’s agenda, including striking a deal with the greatest state’s sponsor of terrorism, Iran.

Rubio and Cruz have been two of the most vocal elected officials who have taken Obama and Kerry to task over their failure to properly name radical Islam as being responsible for the terrorists against around the world, including  the attacks in Paris, as well as the recent attack in San Bernardino, California.

The two senators have also been hammered both Obama and Kerry for their ill-advised and irresponsible nuclear deal with Iran.

But who do we blame for John Kerry being confirmed as Secretary of State?

While it wouldn’t be fair to solely blame Rubio for voting to confirm Kerry, the blame should be firmly placed on every single Republican Senator who voted  in favor of Kerry’s nomination.

What would make any of these Senators think that hardened-liberal Kerry, who protested against the Vietnam War and gave back all of the medals he earned while serving during the war, would be hawkish when it came to foreign policy?

Cruz, Inhofe and Cornyn were the only Republican Senators to vote against John Kerry’s nomination.

In looking at how Rubio and Cruz voted on the rest of Obama’s liberal-minded presidential cabinet, both men, for the most part, voted together for or against Obama’s cabinet nominees.

Cruz and Rubio both voted against the nominations of Attorney General  Loretta Lynch, Secretary of Homeland Security Jeh Johnson and Secretary of the Treasury, Jack Lew.

Interestingly enough, Rubio voted in favor of former Mayor of San Antonio Julian Castro to be Secretary of Housing and Urban Development (HUD), while Cruz voted against the nomination.

Castro and his twin brother Rep. Joaquin Castro, are by far two of the most radically liberal Hispanic Democrats in politics today, and whose mother was a prominent La Raza activist that promoted racial division and hate.

Castro wrote fondly of those early days and basked in the slogans of the day. “‘Viva La Raza!’ ‘Black and Brown United!’ ‘Accept me for who I am–Chicano.’ These and many other powerful slogans rang in my ears like war cries.” These war cries, Castro believes, advanced the interests of their political community. He sees her rabble-rousing as the cause for Latino successes, not the individual successes of those hard-working men and women who persevered despite some wrinkles in the American meritocracy.-(source)

Speaking of votes, both Rubio and Cruz have missed a lot of votes since announced their candidacy for president. But in going back to 2014, before he announced his presidential campaign,  Rubio seems to have missed more votes than Cruz.