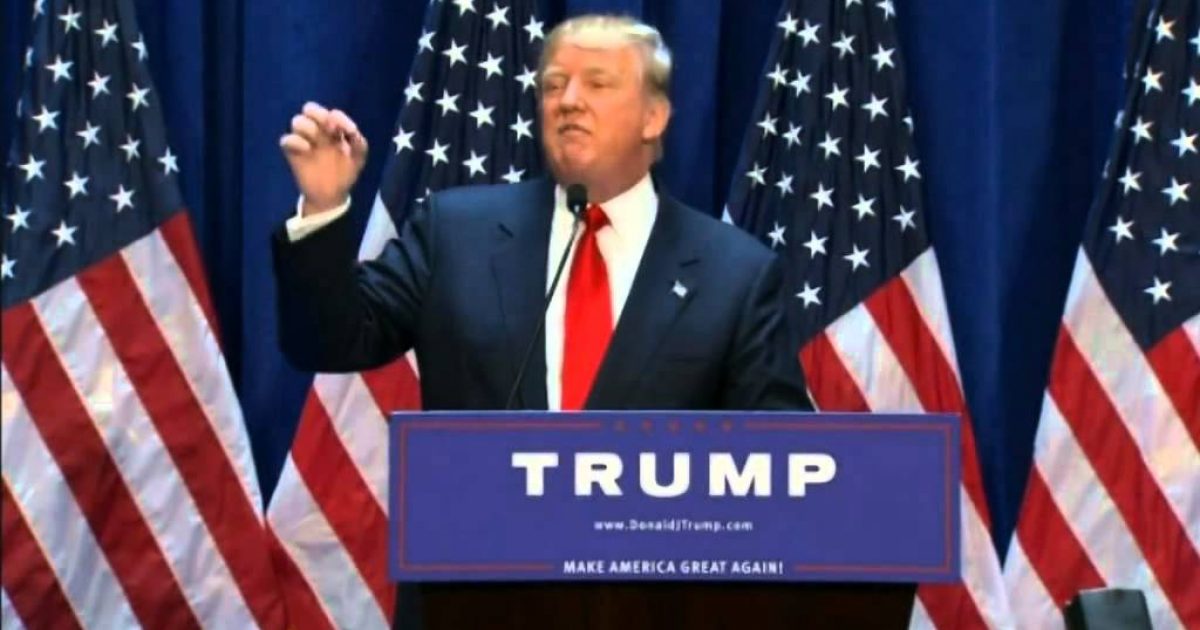 According to Donald Trump, he will only apologize about something if he is ever wrong about an issue.

In other words, Trump is always right about everything.

Trump appeared on NBC’s ” The Tonight Show” this past weekend, telling host Jimmy Fallon that he would apologize in the “distant future” if he, The Donald, was ever wrong.

When Fallon asked Trump if he’s ever apologized in his life, Trump recalled his campaign announcement speech when he made controversial comments about illegal immigrants. Trump said people wanted him to apologize then for his comments, but said “ultimately it turned out that I was right.”

“Now people that reported on me are saying, ‘thank you very much.’ I mean, hard to believe, actually reporters, and I was right on it,” Trump said. “I will absolutely apologize sometime in the hopefully distant future if I’m ever wrong.”

“I fully think apologizing’s a great thing, but you have to be wrong,” Trump said.

I would bet by last peso that Trump was referring to me.

In interviewing Trump a couple of months back,  we discussed this very issue, talking about a story I wrote in HISPOLITICA that outlined how his announcement speech comments about illegal immigration was accurate, and how right he was for pointed them out.

I am pretty sure no other media outlet like ABC or CBS would dare give Trump accolades over what he said.

Here is a skit Fallon and Trump did prior to the interview.

Pretty funny. The skit was “yuge.”