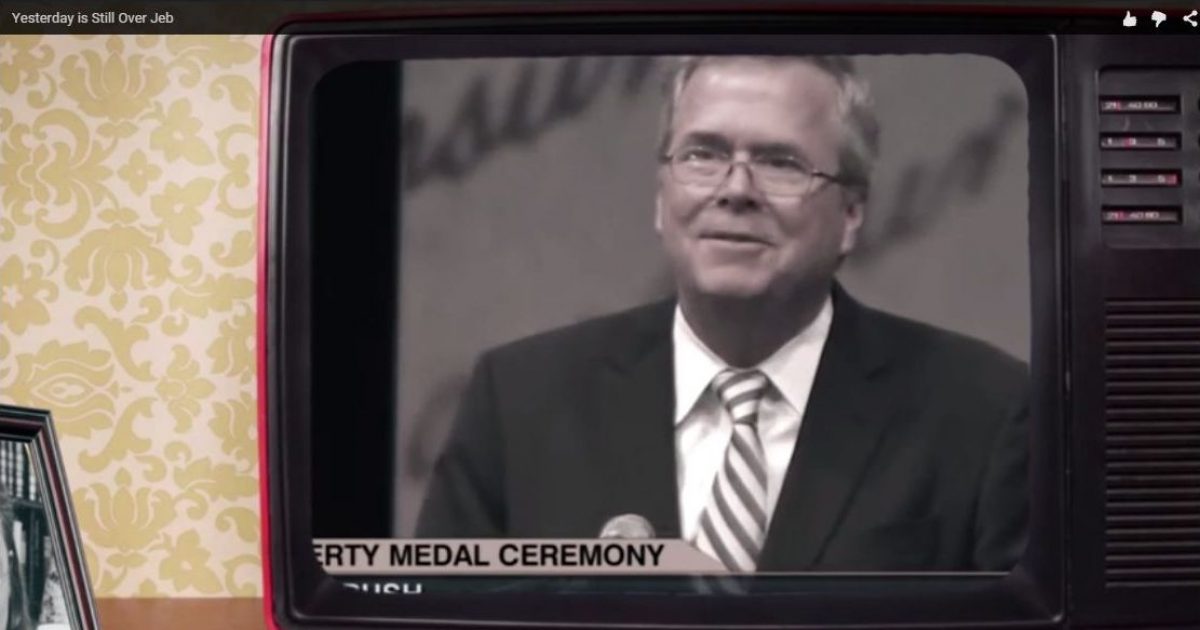 Senator Marco Rubio latest parody video named “Yesterday Is Still Over,” in which he depicts Democratic presidential candidate Hillary Clinton as being a candidate from “yesterday,” has just been parodied.

The new parody video named “Yesterday Is Still Over Jeb,” goes after soon-to-be announced Republican presidential candidate Jeb Bush as being another one of those politicians from yesterday.

Like Rubio’s video did with Clinton, this video shows a superimposed video of Jeb Bush within the tube of an old TV set, praising both Clintons at his presentation of the Liberty Medal of Honor award to Hillary Clinton for her “lifelong career in public service.”